Why study Spanish in Uruguay?

Uruguay is one of the smallest and safest countries of Latin America and sometimes overlooked by travellers. However, once you are in Uruguay no doubts, you will love the country. Uruguay’s biggest attraction is its coastline, with sandy beaches and tiny fishing villages. The landscape’s gentle hills, pampas plains, marshland and woodlands are great for spotting wildlife. Furthermore, the country is well connected, so you can easily visit Uruguay’s gigantic neighbours Argentina and Brazil in your spare weekends during your Spanish program in Uruguay. The international atmosphere, good food and nice people, combined with tango, gauchos, “asados” make Uruguay a great location for a Spanish course. Studying Spanish in Uruguay will give you the chance to experience all elements of this amazing country full of surprises! 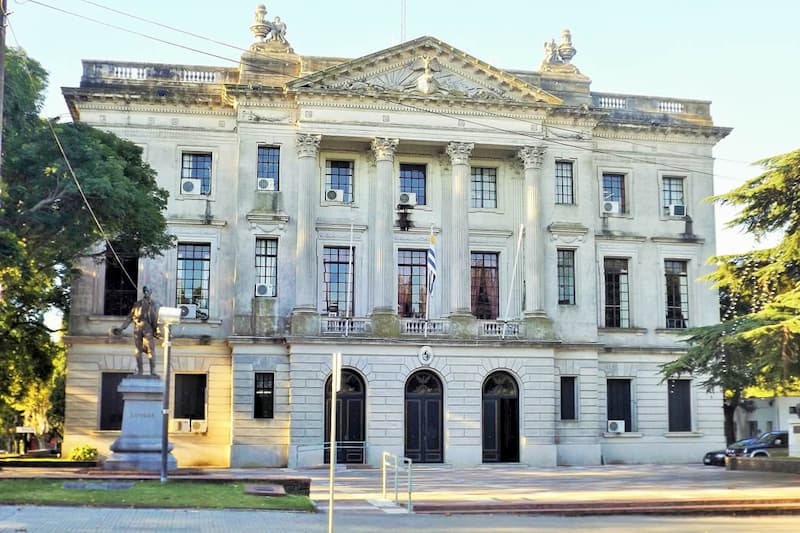 The capital of Uruguay is the hub of culture and education in Uruguay with a booming dining culture. Don’t miss out on the museums, the markets, and the football stadium. A great choice for your Spanish program in Uruguay!

From Montevideo, head east to the beaches and lavish lifestyles of the coastal, colonial town Punta del Este, home to the famous ‘Hand in the Sand’.

The small hippy town Punta el Diablo, much more quiet than Punta del Este, is one of the most-visited coastal towns where you can eat fresh fish, relax on the beach or go surfing.

Watch sea lions in this beautiful protected area nearby this curious town on the northeast Costa of Uruguay. Cabo Polonio can only be accessed with special transport, or by foot or horseback.

The Spanish language in Uruguay

As in most countries in Latin America, the official language in Uruguay is Spanish. Because of the migration of Europeans to Uruguay both Spanish and Italian have influences on the Uruguayan Spanish, especially Italian. Because Uruguay is small, there are fewer variations in accents across Uruguay than in other Latin American countries. Uruguayans are known for using “vos” instead of “tú”, and their accent is similar to Argentinean Spanish. There are some typical expressions used by Uruguayans such as “Como no?” which literally means “why not” but is, in fact, a way to say “yes, I would like to”. Another expression is “cierra y vamos” meaning “close and let’s go”. During your Spanish classes in Uruguay, you will definitely learn these expressions and many more, for you to feel comfortable talking with the locals in no time! 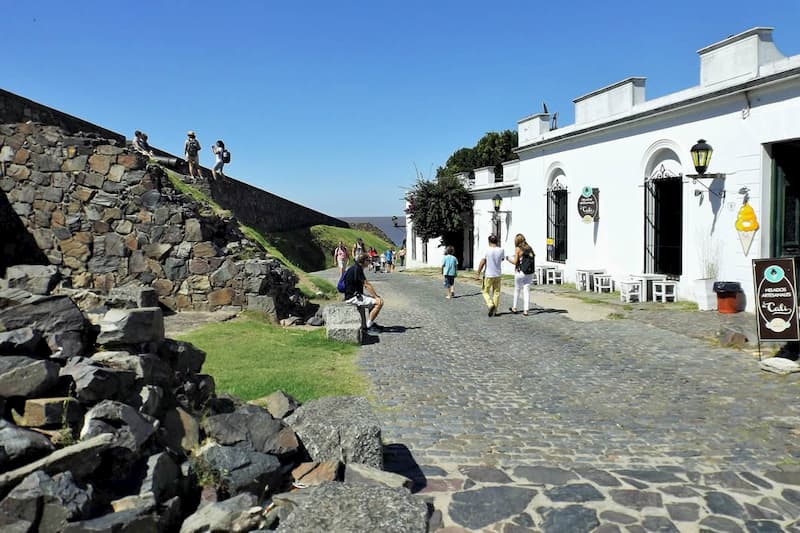 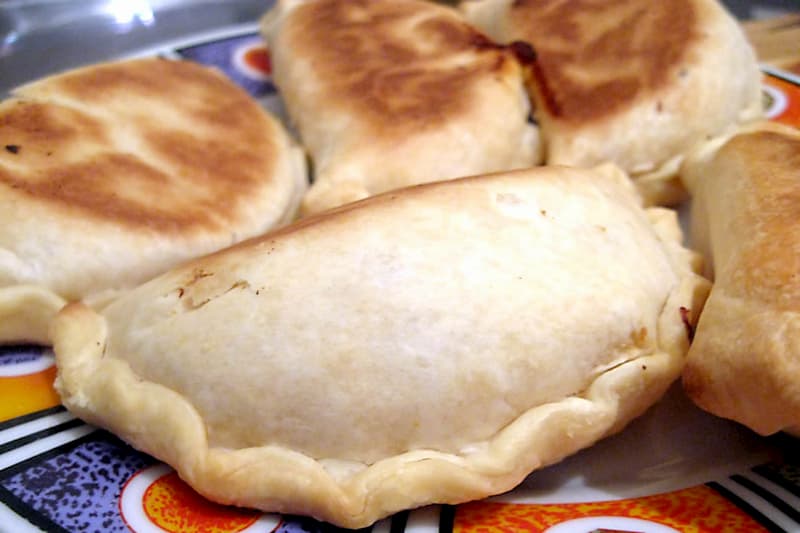 Food and drinks from Uruguay

The Uruguayan cuisine has a lot of European influences, mostly Spanish and Italian. Generally, meat - beef, chicken or other - is very important in the kitchen of Uruguay. Some typical dishes are chivito, choripan, pancho, empanadas and pastel de carne. In Uruguay, you are bound to enjoy an “asado”: a typical barbeque with grilled meat. Some typical drinks are grappamiel, mate and “medio y medio”, a mix of wine. For an Uruguayan, the day starts with a small breakfast with coffee, followed by lunch, which is the most important meal of the day. Lunch normally consists of soup, meat, rice and a dessert. At around 5 in the afternoon, there is a small meal with pastries and coffee or mate, which is called La Merienda. The day ends with a light dinner.

The currency in Uruguay is the Uruguayan peso (UYU) with an exchange rate of 29.00 UYU per US Dollar. It is possible to exchange your currency to the Uruguayan peso in the “casas de cambio”, but it is not recommendable to do this at the airport as they do not offer good exchange rates. You will be able to find ATMs everywhere, except in smaller towns. Most international cards, such as Visa and Mastercard are accepted. Remember that most ATMs have a 300 US dollar limit each day and you have to pay a small fee for each transaction. Coins come in 1, 2, 5, 10, 50 and the banknotes come in 20, 50, 100, 200, 500, 1000 and 2000. While travelling in Uruguay, it is best to keep small bills since it is not always possible to change.

Uruguay has a temperate climate with almost no differences between the regions. Because there are no mountains in Uruguay, it is quite windy, cool and rainy, and the weather can change quickly. High humidity and fog are common. Summers are from December to March and winters are from June to August. There are no extreme differences between the seasons; summers are warm, and the winters are mildly cold with no snow, but there is rainfall during the whole year. The best time to visit Uruguay is around December and in March.

If you are plan to register for Spanish classes in Uruguay, it should not be too difficult to pack your bags, as the weather in Uruguay is almost the same throughout the country and in each season. Still to be well prepared it is best to try and pack your clothes according to the time of the year you are planning to visit. Something to take into consideration is that you can buy a most of these items in Uruguay too.

The majority of the population in Uruguay is of European descent, mostly Spanish and Italian followed by French, German and English. Only a small part of the population is mestizo - a mix of European and native descent. Around 47% of the population is Roman Catholic, and there are other small groups of other religions. The southern part of the country is the most populated area, especially around Montevideo. Uruguayans are known to be traditional and friendly. Greetings are usually with a handshake or kiss, and people stand close to each other while talking. Uruguay is one of the countries in Latin America with the lowest income inequality and is one of the most progressive countries of South America. 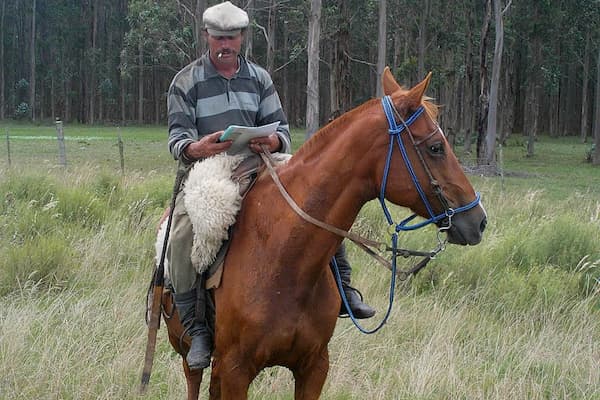 Uruguay is one of the smallest countries in South America, bordering with Argentina, Brazil and the South Atlantic Ocean. In contrary to the neighbouring countries, Uruguay has no mountains, and most of the territory is flat and therefore perfect for keeping cattle. Around 80% of the country is used for agricultural purposes. Especially on the coast, the land is very fertile. The landscape of Uruguay is characterized by small hills, grasslands, rivers, lakes, valleys, forests, beaches and flat areas. Cerro Catedral is the highest point of the country with 514 meters. If you want to relax and enjoy beautiful and peaceful sceneries, Uruguay is your perfect destination for your Spanish program in Latin America! 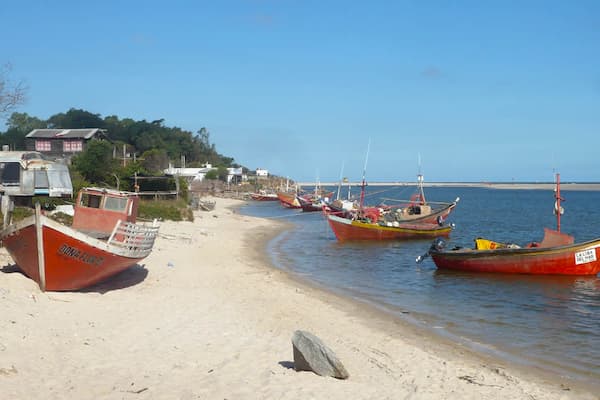 As Uruguay is a small country, it is not one of the most biodiverse countries of the continent. Large mammals are considered rare; however, you will find foxes, capybaras (large rodents), deer, otters and other smaller species of mammals. Pumas and jaguars may occasionally be spotted in remote parts of the country. At the coast side, you can find sea lions, whales, dolphins, penguins and a lot of fish.

A big part of Uruguay's wildlife has disappeared as a result of competition for land with humans. Fortunately, a network of national parks has been established to preserve existing populations of animals. There are ten national parks in Uruguay: five in the wetland areas of the east, three in the central hill country, and one in the west along the Rio Uruguay. 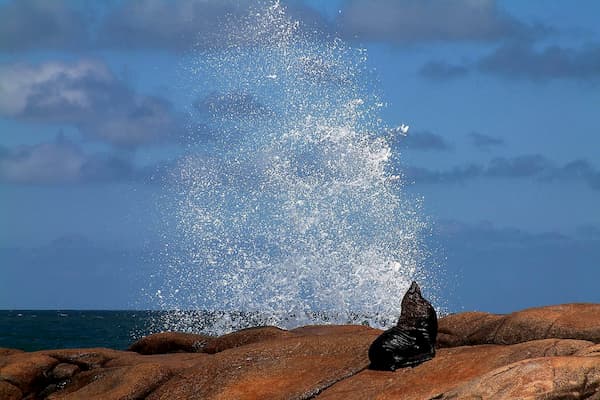 Indigenous groups such as Charrua and Guarani lived in Uruguay before the arrival of the Spanish and Portuguese. The Spanish arrived in 1516, but it took some time before the whole territory was colonized. In 1828 after the independence war, Uruguay was declared and recognized independent. After some political and economic unrest, a military coup in 1973 marked the beginning of 12 years of political repression, torture and arrests. Finally, in 1985, there came an end to the military rule and Uruguay started to recover. As opposed to other countries in Latin America, Uruguay has passed some progressive legislation such as legalizing the use and production of marijuana in 2013. 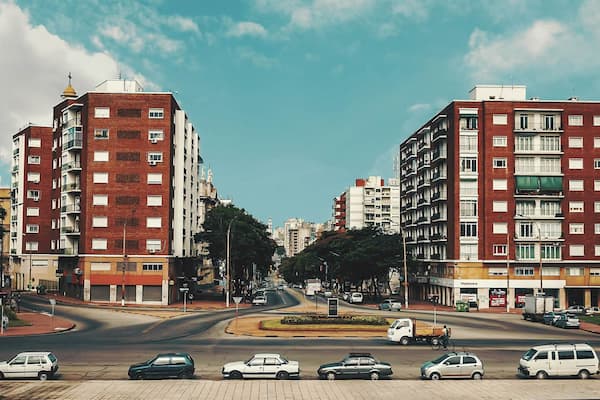 Uruguayans are of predominantly European origin. Most Uruguayans of European ancestry are descendants of 19th and 20th-century immigrants from Spain and Italy. Only a small part of the population is mestizo, a mix of European and native descent. There still is a small group of the indigenous population, the Charrua.

The majority of the population is Roman Catholic, though a small community of Jews—one of the largest in South America—lives in the capital of Montevideo. An important aspect of the Uruguayan culture is the gaucho lifestyle because of the importance of ranches and cattle. 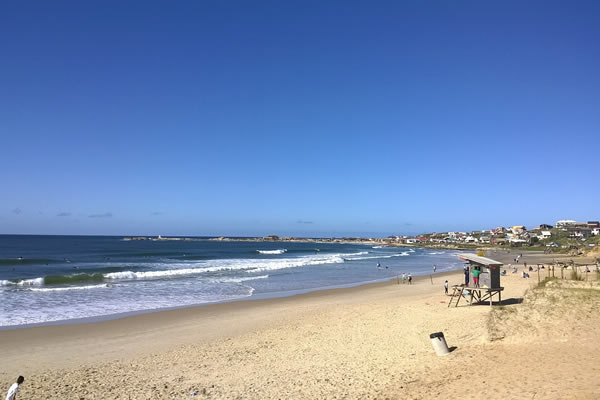 As the majority of the population in Uruguay is of European descent, there have been a lot of cultural influences from Spain, Italy and other European countries. For instance, many buildings in Uruguay are European influenced. But also Uruguayan gestures are mostly adopted from Southern European cultures, with hand gestures being used frequently. Famous writers are Jose Enrique Rodo, who wrote the famous essay “Ariel” and Juan Zorilla de San Martin, who wrote poems about Uruguayan history. Popular music in Uruguay includes candombe, murga, milonga, rock, cumbia and jazz. As in Argentina, the tango is the most popular dance of Uruguay. Some famous groups and musicians are El Kinto, Niña Miranda, Alfredo Zitarresa and Jorge Drexler. Uruguay's annual Carnival is a major event with many unique features distinguishing it from carnival in other countries of South America. The main festivities take place in the capital and include costumes, drumming parades, and outdoor theatre. An event not to be missed when you are taking Spanish classes in Montevideo! 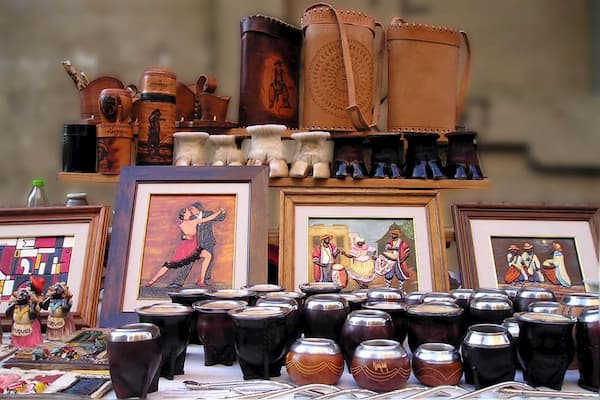