Why study Spanish in Dominican Republic? 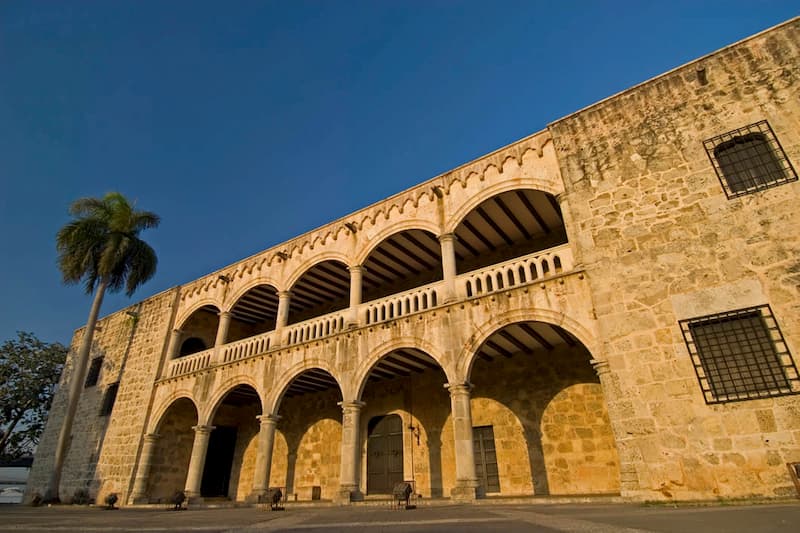 One of the best-kept secrets of the Dominican Republic. Just outside Puerto Plata, take the plunge on this rip-roaring adventure where you’ll jump, swim and slide down natural waterslides.

A fascinating, typical Caribbean metropolis, with a vivid nightlife but also full of history and Latin-American rhythms. The historical district Zona Colonial has been carefully restored and was declared a World Heritage Site.

This beautiful mountain chain is perfect for hiking and adventure tours and also for water sports in the rivers, such as white river rafting. Don’t miss Jarabacoa’s laid back charm and visit “the city of eternal spring”.

A pristine utopia according to Lonely Planet: reachable by boat from Playa la Cuevas, you pass gorgeous cliffs and sea-diving pelicans, to get to the practically untouched beaches.

This small town located on the north coast of the Dominican Republic is a popular tourist destination. Sosua and nearby Cabarete are known for its beautiful beaches and beaches and outdoor adventures such as scuba diving, windsurfing, kite surfing and SUP.

Laid back and cosmopolitan at the same time, Samana and the beach town Las Terrenas offer amazing white sand beaches with crystal-clear water that is home to humpback whales and dolphins.

The Spanish language in Dominican Republic

"Dominican Spanish" is part of the Caribbean Spanish and originates from the southern dialects of Spain. As most people who moved to the Dominican Republic were from the Andalusian province of Spain, the accent is similar to the Andalusian accent. The Dominican Spanish is marked by Yeismo, so instead of saying calle, they say caye. Also, the Seseo (lack of distinction between s and z), which is very much used by Spaniards, is noticeable in the Dominican Spanish. Dominicans are renowned for the fast speed at which they speak and for the shortening of words. You will also notice an abundance of Anglicisms due to American occupation and the proximity to the USA. Dominican Spanish also uses the vocabulary of some Arawakan languages and West African languages. In the beginning, it might be a bit of a challenge getting used to the Spanish spoken, but thanks to the helpful people and your Spanish classes in the Dominican Republic you will be able to chat with the locals in no time! 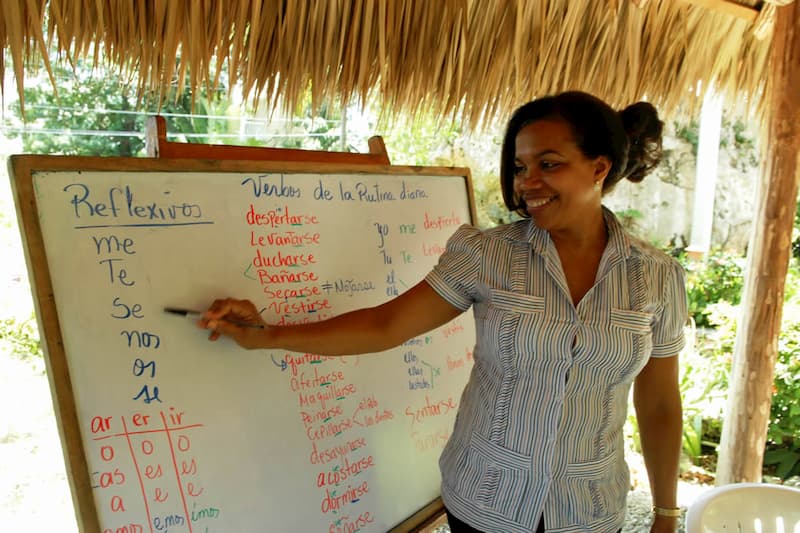 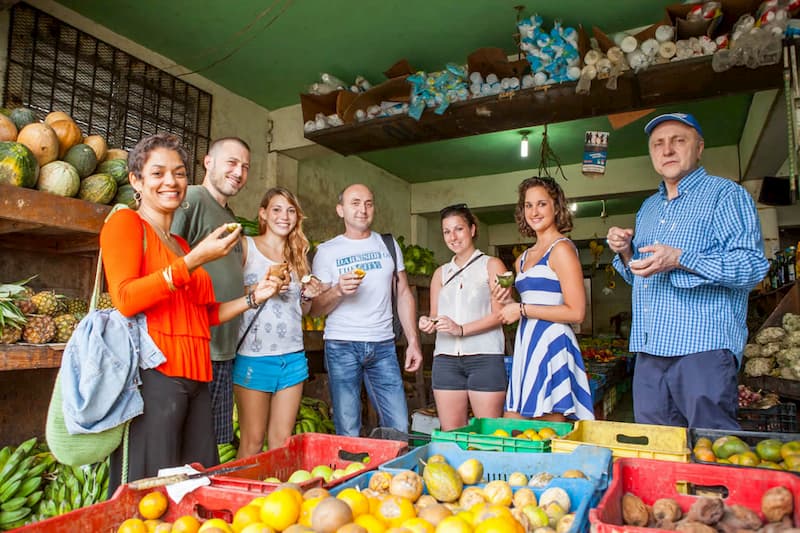 Food and drinks from Dominican Republic

African, Taino, Spanish, and Middle-Eastern ingredients and cooking styles all play an important role in the Dominican kitchen. Breakfast usually consists of eggs and mangu (boiled cassava or some other root vegetable); sometimes accompanied by deep-fried meat and cheese. Lunch is the most important meal of the day; it consists of some type of meat (chicken, pork, beef or fish), rice and beans and a side portion of salad. “La Bandera”, the most popular dish in the Dominican Republic, consists of boiled chicken, rice and red beans. The “sancocho” is a gastronomic derivative of the Spanish “cocido” (stew). As the Dominican Republic is surrounded by water, it is not that strange that the Dominicans also eat a lot of fish, especially Pescado Frito, fried fish. After finishing all these delicious dishes, your Dominican host family might prepare a "Majarete" for you - a wonderful pudding topped with corn. And don’t forget to try the most popular drink in the Dominican Republic: jugo de Chinola, passionfruit juice!

The national currency of the Dominican Republic is the Peso Dominicano (DOP). However, the USD Dollar is widely accepted. The exchange rate between the two is about 50 Pesos for 1 US Dollar. When you travel to the Dominican Republic for your Spanish classes, it is advisable to take both Dominican Pesos as well as US Dollars with you. Of course, it is always possible to take money out of the ATM in both currencies, so you don't have to walk around with large amounts. But it is still advisable to take a bit of both currencies with you.

The climate in the Dominican Republic is, in general, a tropical savannah climate, except for the northeast, where a rainforest climate exists. You will find temperatures between 28 and 33 degrees year-round, so a trip to the Dominican Republic is great whenever you go! Even during the night temperatures hardly go below 20 degrees. In the summer months the Dominican Republic it is quite warm and humid. In these months in most areas of the country, it is also the rainy season. The winters are not much cooler than the summers, only dryer, especially in the mountains and the south coast. However, you should always be aware of the sun, and never go outside without sun lotion! There is a danger of cyclones in the months June until November. But the government will always give out warnings and proceed with necessary measures.

The Dominican Republic has several climates, so it is important to think beforehand about what you need to bring with you on your Spanish abroad adventure. You also have to take into consideration what time of the year you are going, and if it will be in the rainy season or not. Be sure to always pack some light clothes for the warm weather, and lots of sunscreens! Here are some further suggestions for your travel essentials for the Dominican Republic. Also, it is worth noting that you can buy lots of these items locally.

The Dominicans are known to be very outgoing and hospitable. When you are invited to someone’s house, your host will do anything to make you feel good and comfortable. Family might very well be one of the most important things for Dominicans, and people live with their parents until they get married themselves. It is important to dress nicely, as appearance and styles are important. When you meet someone for the first time, give a handshake, look him or her in the eyes, and give a nice smile. You will surely make friends in no time with the friendly Dominicans with their exotic-Caribbean flair. 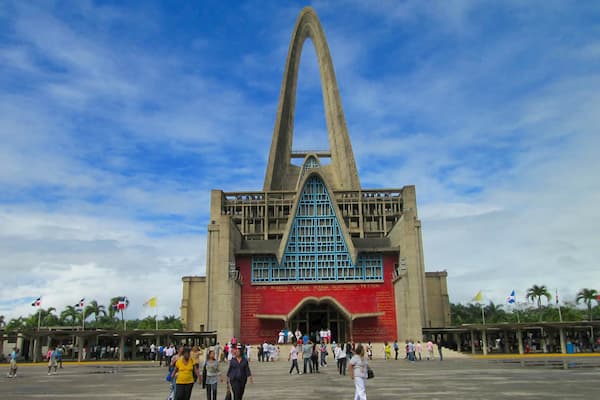 The Dominican Republic shares the island of Hispaniola with Haïti. It is the second largest country in the Antilles, after Cuba. Many small offshore islands and cays also form part of the Dominican territory. The Dominican Republic has four important mountain ranges, the highest being the Cordillera Central with its highest peak over 3000 m. Four major rivers drain the numerous mountains of the Dominican Republic. There are also many lakes and coastal lagoons. Christopher Columbus described this lush land as "a beautiful island paradise with high forested mountains and large river valleys". A statement that is still as true today as it was in 1492. 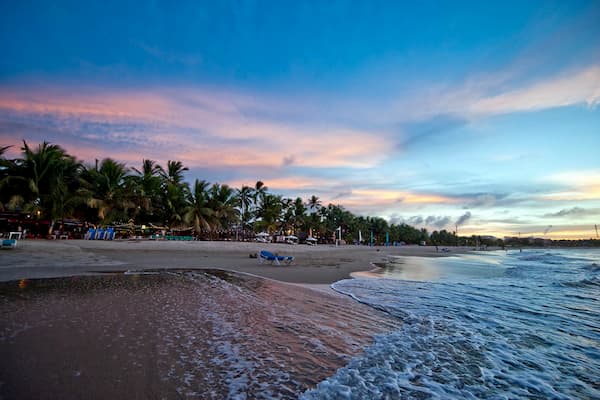 The Dominican Republic is the perfect tourist destination to enjoy the wonders that the nature of the country has to offer. Travellers will see the incredible variety of plants, trees, birds, reptiles and other animal life in 16 National Parks, nine natural monuments, and six scientific reserves all of which are under the direct control of the National Parks Office. With approximately 8,000 plant species, the Dominican Republic's flora is very varied. The island has many tropical fruits and plants such as tobacco and sugar cane. In the highland regions, you can see mountain forests with palms, pines, ferns and hundreds of different species of orchid. There are not many mammals in Hispaniola, nor many reptiles; however, it is very common to see small lizards throughout the country. The underwater life consists of a variety of coral types and a very lively aquatic population including sponges, worms, molluscs, crabs, lobsters and many fish. One of the principal breeding grounds in the world for humpback whales is off the north coast of the Dominican Republic, so this is a great spot for whale-watching in January, February and March. 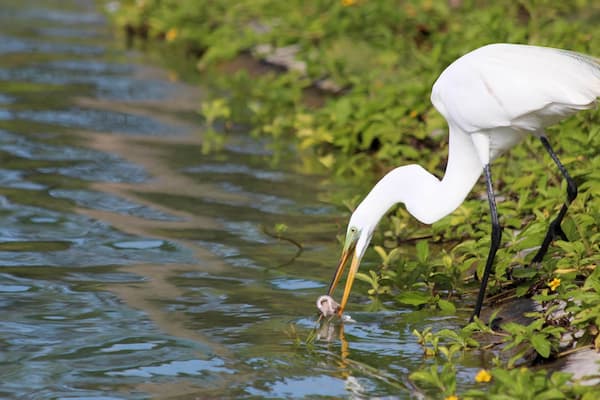 The first inhabitants of the Dominican Republic were Taino. When Christopher Columbus conquered the island (including Haiti), he named it Hispaniola. Tainos were enslaved and killed, and African slaves were imported. The Spanish colonists mainly settled on the east; the French took advantage and colonised the west. The Dominican Republic had its independence in 1844. From 1916 until 1924 the USA occupied the country. In 1931 the era of Trujillo started: a period of dictatorship under Rafael Trujillo. His 31 years in power are considered one of the bloodiest eras ever in the Americas. The US left after supervising elections in 1966 were won by Joaquín Balaguer. A period of repression of human rights and civil liberties followed until Balaguer was succeeded in the presidency by opposition candidate Antonio Guzmán Fernández, of the Dominican Revolutionary Party. Under the PRD presidents, the Dominican Republic enjoyed a period of relative freedom and basic human rights. 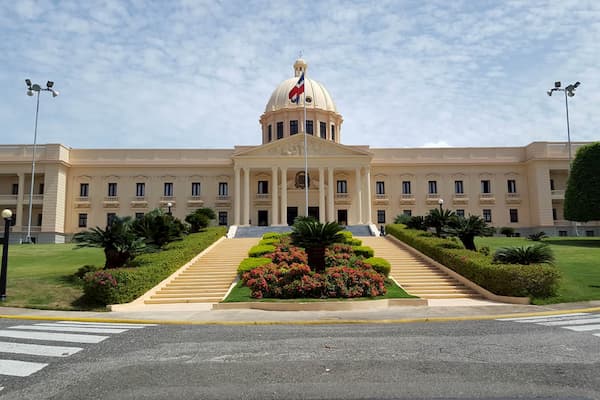 The Dominican Republic is the site of the first permanent European settlement in the Americas. Its capital Santo Domingo was also the first colonial capital in the Americas. In the Dominican Republic, you will find a fascinating blend of indigenous African, Caribbean, and European culture. The Dominicans make up for about 75% of the total inhabitants. It is expected that in the upcoming years this percentage will rise. The Dominican Republic has the ninth largest economy in Latin America and the second largest economy in the Caribbean and Central American region. However, about 35% of the population live in poverty. As the medical system has recently improved, and many people tend to have a healthy lifestyle; the life expectancy age is similar to European standards. 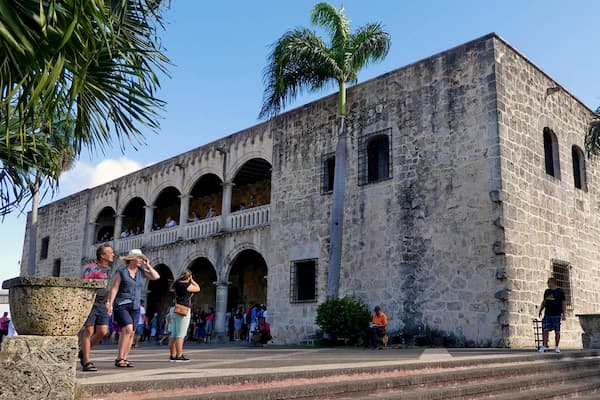 The Dominican Republic is well known for creating different music styles, of which merengue is the most famous one. Instruments like the piano, drums, brass and chorded instruments are often used in the music styles. The famous bachata also originated in the countryside of the Dominican Republic. In these dances, the Dominicans express their positive attitude toward life and their culture, as well as their vitality and joy in life and movement. The typical place for Dominicans to meet and dance is the car wash or rancho tipico, which often offers life concerts of famous Dominican Bachata and Merengue singers like Anthony Santos, Frank Reyes and Juan Luis Guerra. Besides practising your dance moves in between your Spanish classes, be sure to find out more about the notorious baseball teams of the Dominican Republic, as baseball is undoubtedly the national sport. 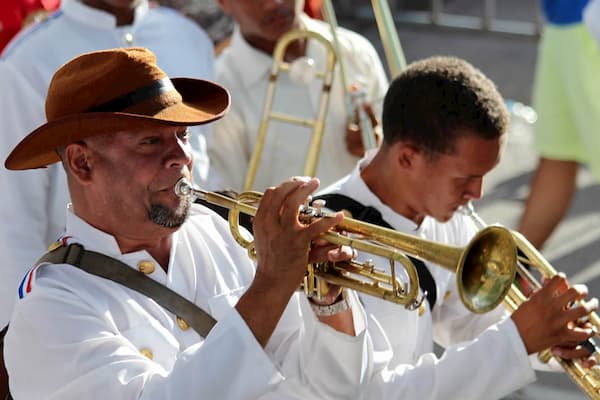