Why study Spanish in Cuba?

Cuba is a unique, beautiful country full of music, dance and poetry. Cuba is famous for its friendly and welcoming people. Life on this Caribbean Island is slow and enjoyed without stress. There are several Spanish schools in Cuba to choose from. Whether you prefer the colourful metropolis of Havana, historical and charming Trinidad, or the musical and unique Santiago, Cuba will charm you! During your Spanish course in Cuba, you will live in homestays – a great way to get to immerse yourself in the local culture and fully experience the Cuban way of life! 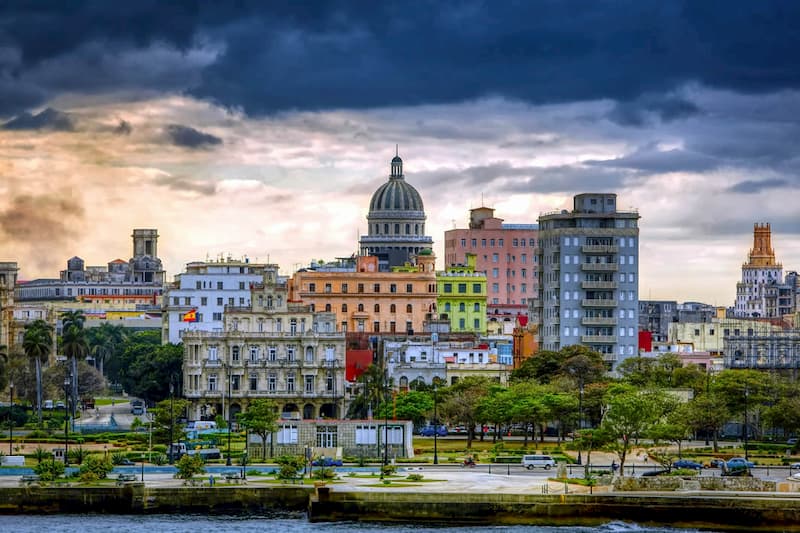 The Cuban capital Havana is a colourful and lively metropolis with a mix of different kinds of cultures.

Trinidad is a colonial town and was declared a World Heritage Site by UNESCO in 1988. It’s a true museum town with beautiful sugar fields nearby to visit.

Santiago de Cuba is a big city, yet less touristy than Havana, and is considered the most African-influenced city in Cuba.

Baracoa, the gourmet capital of Cuba, is one of the hidden gems of Cuba and nearby Mancagua, one of the best beaches of Cuba!

Varadero and the nearby, small island Cayo Levisa

The amazing beaches of Varadero offer opportunities for scuba diving, cave swimming and much more. Looking for something special? Take a boat to Cayo Lelvisa island!

The Caribbean Spanish spoken in Cuba originates from the Canary Islands of Spain, with influences from Andalusia and Galicia. You will note the weak pronunciation of consonants, especially at the end of a syllable. (“esoh peroh” instead of “esos perros”). In Cuba, you will often hear the diminutive endings -ico and -ica such as momentico instead of momentito. Learning Spanish in Cuba can seem difficult in the beginning as Cuban Spanish tends to be more rapid than Spanish spoken in other areas of Latin America. Also, there is also a fair amount of Cuban slang. However, Cuba is definitely worth considering for your Spanish program in Latin America, and the friendly Cubans are eager to help you. And once you master Cuban Spanish, you will have no difficulty understanding other regional dialects! 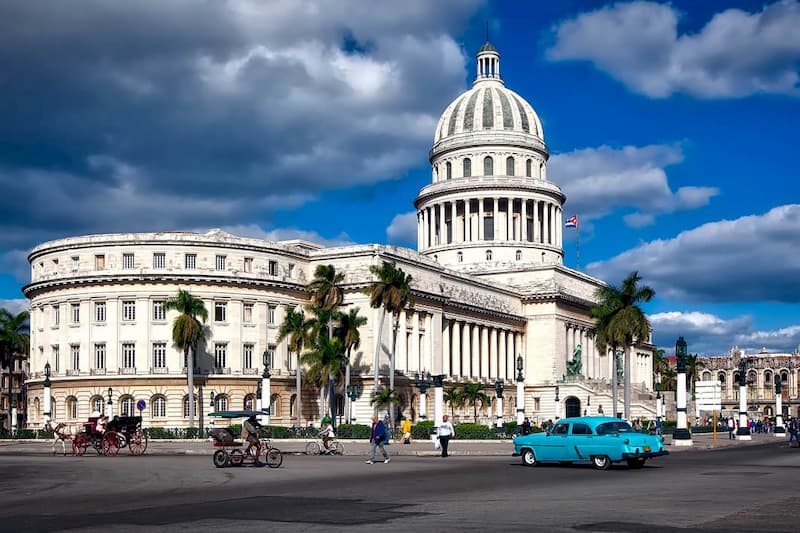 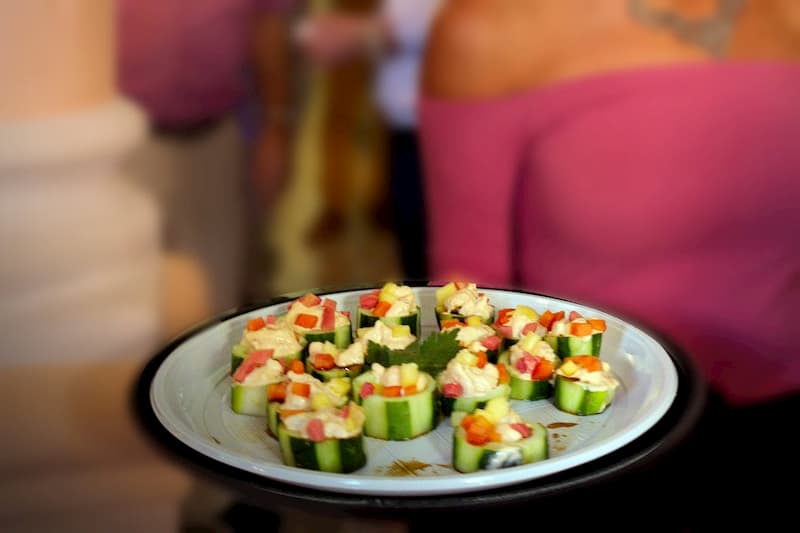 Food and drink from Cuba

Cuban cuisine is a fusion of Spanish and Caribbean cuisines. Many Cuban recipes share techniques with Spanish cooking, but there is a Caribbean influence in flavour and spices. The most used spices are garlic, cumin and oregano. The traditional Cuban meal is not served in different courses; instead, Cubans serve all the food at the same time. A typical Cuban meal will usually include “moros” (black beans and rice) and plantains (cooking bananas). Other important elements of the Cuban cuisine are “ropa vieja” (shredded beef), pork with onions, “yucca” (sweet potato) and Cuban bread. Expect lots of salads but not many boiled vegetables.

Cuban drinks are pretty well known all over the world: who hasn’t heard of a Cuba Libre, a Mojito, or a Cubanito? If you want to try something special, go for a Daiquiri, the favourite drink of the writer Ernesto Hemingway.

There are two types of currencies in Cuba. Locals get their salaries and buy their basic products with Pesos Cubanos (CUP). Imported products and services related to tourism are paid for in Pesos Convertibles (CUC). US dollars are no longer accepted; however, it is allowed to import USD. You can change your money in Cuba at the exchange offices, paying a local change rate. This commission is usually not charged when you buy the Peso Convertible with Euros, British Pounds or other currencies. Credit cards are accepted unless US-banks issue them. For instance, American Express is not accepted. The cost of living in Cuba is very cheap. Note that the Cuban government has announced plans to unify its currency system. Make sure to do your research before travelling to Cuba, so you don’t end up with the wrong kind of currency.

The local climate in Cuba is (sub) tropical and pleasant year-round, and there are plenty of hours of sunshine. Average temperatures are 24 °C (about 80 °F) in January and 28 °C (about 90 °F) in July. The wet season is from May to October. Considering that in September and October there is a higher risk of hurricanes; you may want to avoid Cuba during this time of year. The best time to visit Cuba is from December to May. Expect sunny days and plenty of blue skies, especially on the coast! Cool trade winds provide a nice relief from the heat and the humidity. The beaches along the southern coast of Cuba get the best weather on the island.

First things first: check with the Cuban embassy in your home country, if you need a visa or a tourist card. It is also worth mentioning that there are certain things you can’t easily purchase in Cuba, so these are important to pack. Think about certain ‘luxurious’ cosmetics such as mascara, contact lenses, and medicines. Don’t forget sunscreen, mosquito and insect repellent, good shoes, a microfiber towel and a pin adapter (if needed) for your electronic devices.

If you’re travelling to Cuba from the US, don’t forget US dollars in cash as you won’t be able to withdraw any money from your US bank account. Or consider buying euros; the exchange rate from euros to CUC is better than from dollars to CUC.

Cuba is home to over 11 million people and is the most populous island nation in the Caribbean. However, its population density is lower than in most Caribbean countries. About 75 per cent of the Cuban population lives in urban areas. Sport is Cuba's national passion. Due to the historical associations with the United States, baseball is by far the most popular sport. The Cuban national baseball team is one of the best in the world! Cubans are known to be extremely warm people and very welcoming hosts: the Cuban hospitality is legendary! If you visit Cuba, its citizens will make sure that you discover all the wonders of their country. They see it as their duty to make your experience in Cuba unforgettable. 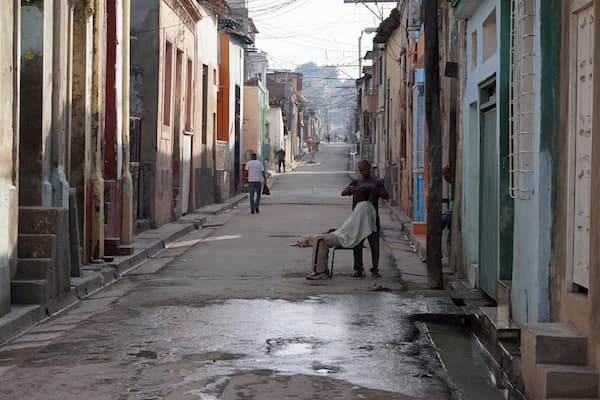 The Republic of Cuba consists of more than 3,000 islands and cays. The main island - where Havana is located - is the largest island in the Caribbean Sea and is long and narrow in shape. It consists mostly of flat to rolling plains apart from the Sierra Maestra Mountains in the southeast. Cuba is located about 150 kilometers (90 miles) from Key West in Florida. Mexico is to the west, Jamaica and the Cayman Islands are to the south, and the Dominican Republic and Haiti are located to the southeast. Havana has a population of over 2 million people and is the largest city of Cuba. Santiago de Cuba is the second largest city.

Cuba has many different habitats, from jungles and grasslands to mountain forests, and even small deserts. These different ecosystems contribute to Cuba having the greatest diversity of flora and fauna in all of the Caribbean. Many species are unique to Cuba including the Bee Hummingbird, which is the world’s smallest bird! The world's smallest frog can also be found in Cuba as well as the endangered Cuban Crocodile. The Ciénaga de Zapata Biosphere Reserve is Cuba's largest protected area. This is the home of numerous aquatic birds and has therefore been designated as a ‘Wetland of International Importance’. 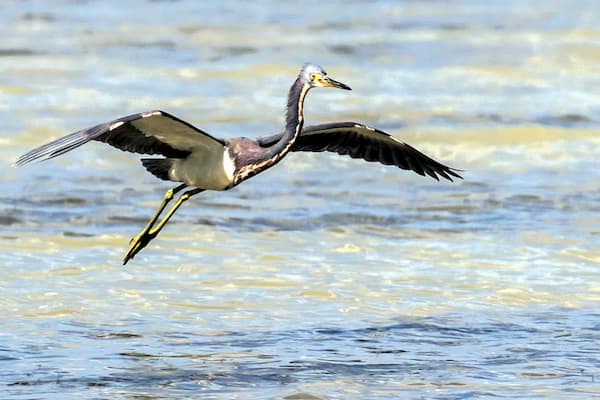 In 1511, forces from Spain conquered the Taino people and claimed the island as a Spanish territory. During the Spanish colonization, the local indigenous population was forced into slave labour, and many people died from diseases brought by the Europeans and from the cruel working conditions. Many African slaves were then brought to Cuba, mainly to work at the sugar and tobacco plantations. With the help of the USA, the Spanish were driven out of Cuba in 1898, and in 1902 Cuba had won independence. However, the United States remained a strong influence over the island. In 1959 communist revolutionaries, led by Fidel Castro, took control. The next decades were marked by a close alliance with the Soviet communist bloc. When the Soviet Union broke up in 1991 the living conditions in Communist Cuba deteriorated. Castro was forced to allow some free enterprise, and he started to open up Cuba to tourism. Under the presidency of his brother, Raúl Castro, Cuba and the United States, especially during the presidency of Barack Obama, have resumed their diplomatic relations. 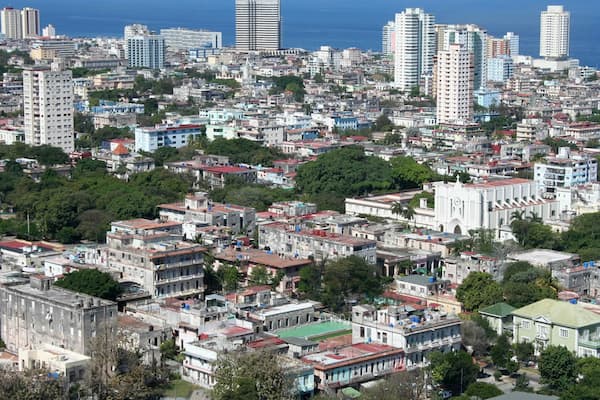 A melting pot of different cultures influences Cuban culture. The people and customs derive from diverse origins. The majority of the people in Cuba are of Spanish descent, due to the long period of Spanish colonialism. Some are descendants of African slaves; there are also people with roots from the aboriginal Taíno and Ciboney peoples. The introduction of communism to the country in 1959 has had a big impact on the people, both positive and negative. The Cuban government has always emphasised the importance of a literate and healthy population. Cuba has universal health care, and although shortages of medical supplies persist, there is no shortage of medical personnel, and primary health care is available throughout the island. 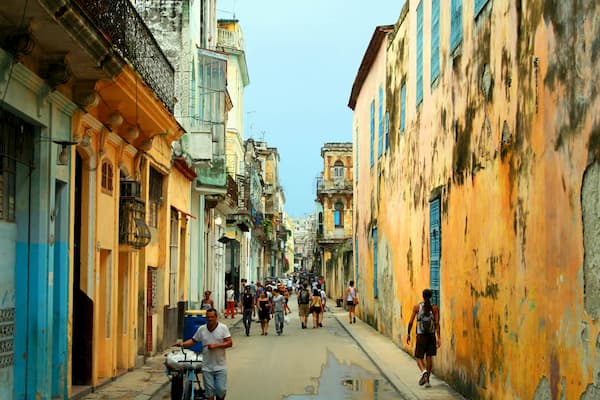 The strongest themes in Cuban art and literature have been yearning for liberation and a rebellion against regimes. Oppression has created a culture where artistic achievement and government censure go hand in hand. Some well-known Cuban artists include Amelia Peláez and painter Wifredo Lam. Cuban music is hugely popular and has been influential throughout the world. The unique traditions of Cuban instruments and dances have been influenced by West African and Spanish music. The central form of Cuban music is Son, which has been the basis of many other musical styles like mambo, salsa and cha-cha-chá. Rumba music originated in the early Afro-Cuban culture. Modern Cuban music is a mixture of different genres, including hip hop and jazz. Havana was the heart of the rap scene in Cuba when it began in the 1990s. Nowadays, reggaetón is very popular in Cuba. 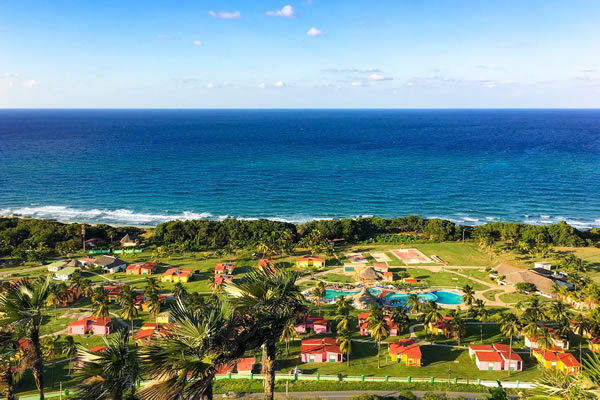