Why study Spanish in Colombia?

Colombia, named after the explorer Christopher Columbus, is known for its delicious coffee, sandy beaches that touch both the Pacific and Caribbean, jungle, warm climate and even warmer people! The 4th largest country in South America by land area and 2nd by population, Colombia has been labelled a “megadiverse” country. It is considered the 2nd most biodiverse country in the world behind Brazil, and the most biodiverse per square kilometer.
Apart from the amazing natural beauty and delicious coffee, Colombians are praised for their clear and melodious style of Spanish and positive nature of its people who are fun and passionate. Colombia is a dream destination for anyone looking for a Spanish course in Latin America. 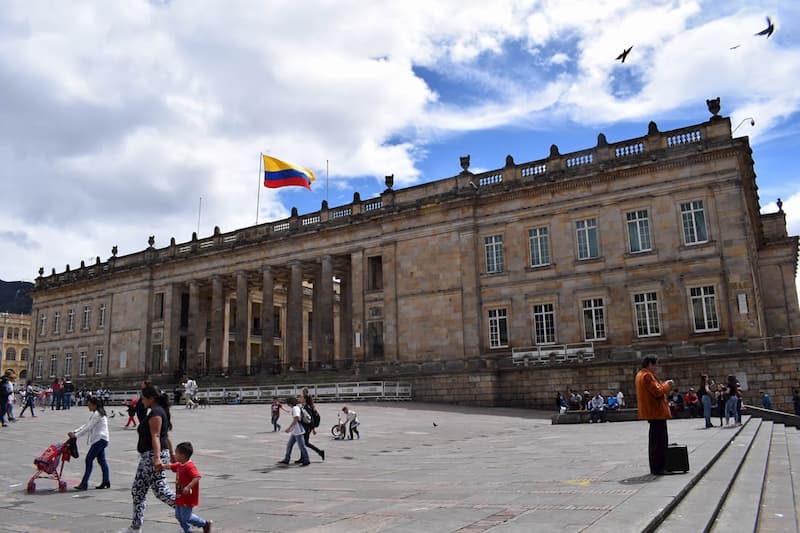 Colombia’s capital Bogota with the spectacular museums and varied cuisine

The coffee regions (or cafeteras), high in the astoundingly gorgeous Andean mountains

The City of Medellin, known for its fun nightlife, cables cars and checkered history

The city of Cali, the salsa and cumbia dancing capital of South America

The tropical Caribean coast with colorful Cartagena and Santa Martha, the gateway to Parque Tayrona

An expansive archaeological site founded some 800 years before Machu Picchu in Peru.

The Spanish Language in Colombia

One of the best barometers for measuring the quality of Spanish of a country is to see how many of its people work as radio broadcasters for the rest of the Spanish-speaking world. It is no surprise then that Colombia ranks first in the world in this category! A crystalline accent throughout the entire country coupled with friendly outgoing people make Colombia a great destination for your Spanish program abroad. 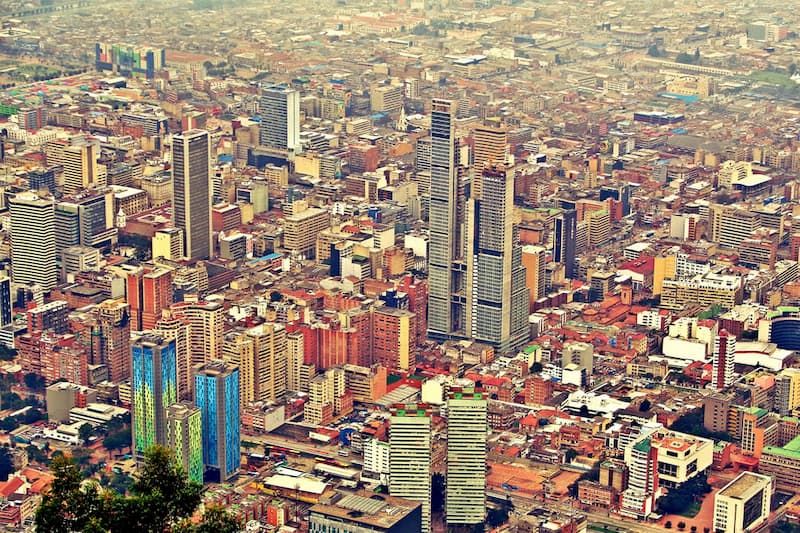 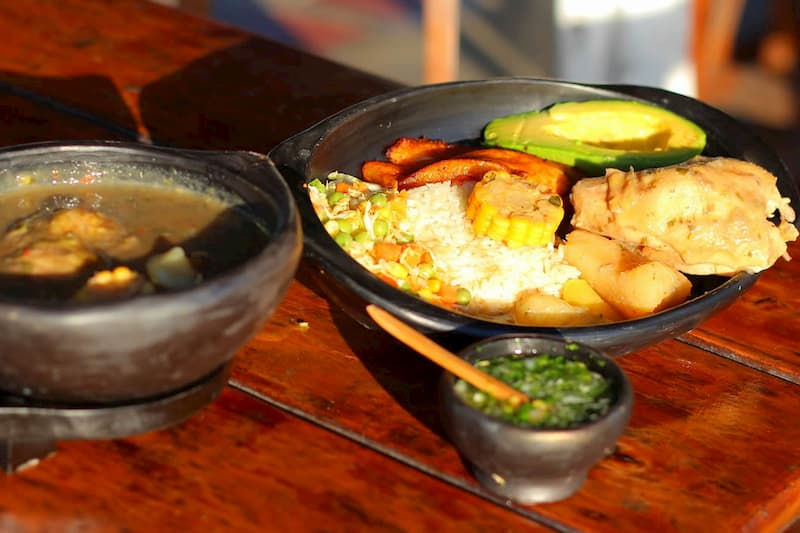 Food and drinks from Colombia

Colombian cuisine is heavily influenced by its geography. As a result, fish plays a large role in Colombian dishes along the coast while heartier dishes containing starches and meats are favored in the Andes. In general, Colombian food has a heavy focus on deep-fried foods, meat and a side of rice, potatoes or beans.
Not surprisingly, Colombians are very fond of their rich smooth coffee that is produced based on a unique combination of altitude, climate and soil. Colombians also love fruit juices and are one of the greatest consumers of fruit juice per capita anywhere on the planet! To finish off many meals (as well as to get a party started!) Colombians like to indulge in some “aguardiente”, a black licorice flavored spirit whose name translates to fire water.

Colombia’s currency is the Colombian peso. It’s best to take out Colombian pesos from an ATM. We recommend you do not change your money on the streets. There is a relatively high degree of forged bills so be careful.

Thanks to Colombia´s position near the equator, Colombia has a hot and humid temperature in its lowlands throughout the entire year. In the Andean mountainous region, temperatures are lower and the air is less humid. The wet season lasts from March to May and September to November with rain coming in short bursts each day. In the jungle of Colombia rain can literally come at any time of year.

Bring warm-weather clothes to this tropical paradise! And depending on your precise destination, also travel to Colombia with clothes for colder climates in the Andes, including sweatshirts and long pants.

One of the most racially and ethnically diverse countries in the world, Colombian people can be divided into three principal groups: those of Amerindian (pre-Columbian) descent, those of African descent (whose ancestors were brought to the country to work as slaves), and those of European ancestry (who descended from the early colonizers of the country). A highly stratified society, members of these three ethnic groups predominantly live in different parts of the country. Those of African descent occupy much of the coastal area while those of native descent live in the remote highlands. Those of European descent occupy the larger cities in the inland such as the capital of Bogota as well as Medellin.
Routinely voted as some of the happiest people on Earth, Colombians, as a whole, are known for their warmth and charisma. Wherever you choose your Spanish program in Colombia, you will definitely be struck by the extroverted and respectful nature of the people! 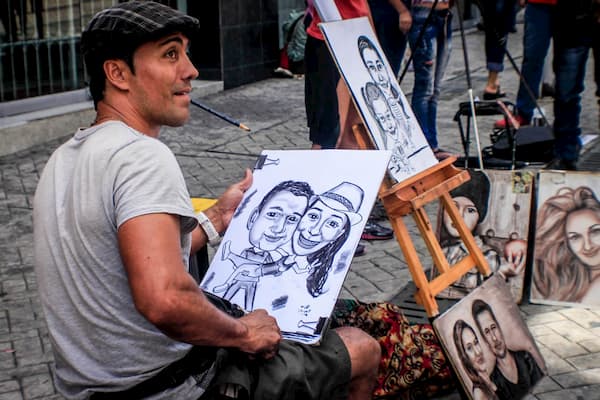 The “gateway to South America”, Colombia is located on the northwestern corner of the South American continent. It is bound by Panama and the Caribbean Sea to the northwest, Venezuela to the northeast, Brazil to the southeast, Ecuador and Peru to the south and the Pacific Ocean in the west.
A land of extremes, Colombia features vast mountainous areas, expansive coastlines and even desert and grassland regions on the eastern half of the country. About one half of the country is covered by thick rainforest which helps explain its title as the most biodiverse country per square kilometer in the world.
Due to its astonishing geography and location near so many wonderfully diverse countries, Colombia is an ideal destination for adventure travelers and more relaxed travelers alike. 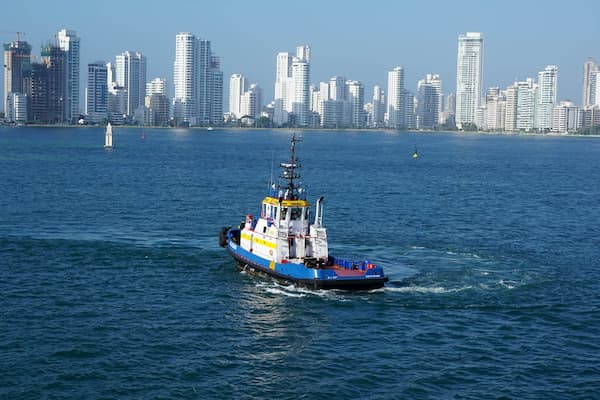 Colombia, like many South American countries, is widely regarded as a leading destination for nature viewing and ecotourism. While only accounting for 1% of the world’s total land area, Colombia is home to about 10% of all animal species that exist on the planet. Abundant rainforest, vast mountainous areas and almost 3,000 kilometers of coastline along two large bodies of water have given rise to Colombia´s distinction as a megadiverse country in terms of its biodiversity.

Once covered almost entirely by jungle, Colombia still contains immense areas of rainforest that have been untouched by man. Wildlife in the country has thus been able to thrive and evolve over thousands of years. Consequently, Colombia is home to 14% of the world´s amphibian species, 10% of the mammal species and 18% of the total bird species worldwide!
While the government has been able to cordon off large areas of land for conservation purposes, there is still much to be done to protect habitats. Ecotourists intent on helping dwindling habitats would find Colombia to be the perfect destination! 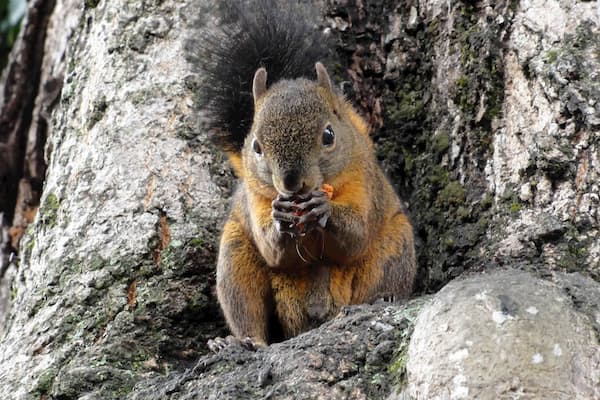 According to experts, the first people to inhabit Colombia did so over 10,000 years ago. Thousands of years after this initial migration, two powerful civilizations formed: the Tayrona and the Muisca peoples, with the latter rising to dominance as one of the four advanced civilizations of the Americas along with the Incas, Mayas and Aztecs. Spanish settlers arrived hundreds of years later in the year 1500 and quickly conquered the Muisca. The Spaniards remained in power for almost three hundred years until a revolution was led by the Venezuelan military and political leader Simon Bolivar and independence was gained in 1819.
Civil wars broke out in later years, notably the “War of a Thousand Days” at the turn of the twentieth century and La Violencia, another civil war about 5 decades later. The 1980s were marked by powerful drug cartels and further instability, but by 2002 tensions had calmed. Today, Colombia is relishing one of the most peaceful times in its history and a massive influx in tourism further promoting the country´s development. 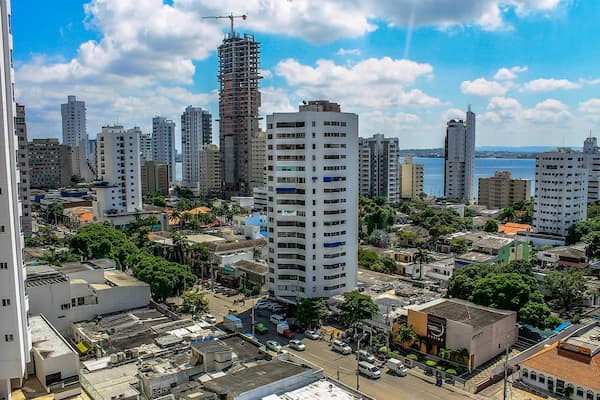 Originally inhabited by indigenous peoples of the Americas, the Spanish conquest introduced the influx of European peoples as well as African peoples brought as slave labor. Today, these three groups: people of Amerindians decent, those of African descent, and people of European descent compose the overwhelming majority of Colombian ethnic background and have contributed to the vast majority of cultural customs. A highly stratified society, many of these ethnic groups are separated by geography and consequently by access to resources.
The majority of Colombians historically lived in rural areas, but the 1950s brought about an era of instability from civil war and a steady migration to the more urban areas, especially Bogota. Many people looked to gain greater access to economic opportunities and improved health and education systems as well as to flee armed conflict. Today, roughly three quarters of Colombia´s populations resides in cities. 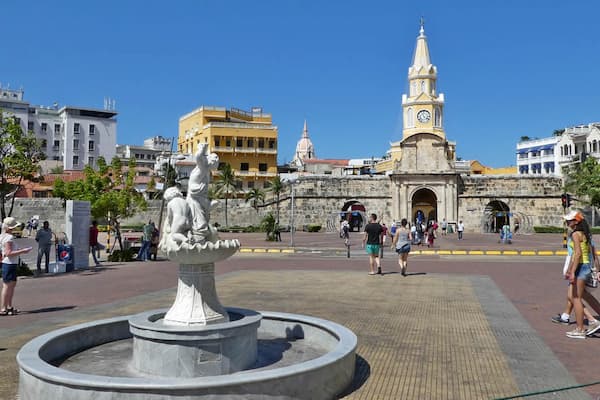 Colombian music is very rich in influences and, not surprisingly, varies significantly by region according to ethnic makeup. In general, Colombian music mixes Spanish-style guitars with African percussion influences and touches of indigenous flute melodies.
Cumbia, Colombia´s most famous brand of music, is an eclectic upbeat mix of bongos, piano, flutes and horns that originated in the coastal areas during the fight for independence in the 1820s and is still popular today. While several other popular styles of music exist in Colombia, two of the most predominant Colombian artists worldwide include Shakira and Juanes as both have been able to gain enormous popularity in the pop and rock scene.

Ceramic art in the Americas is said to have first been produced about 5,000 years ago in the region of present-day Colombia. Spanish influences, and notably the patronage of the Catholic Church, dominated Colombian art from the 16th to the 18th centuries. Fernando Botero, world-renowned for his depiction of oversized figures meant oftentimes to satirize Colombian politics, is the country´s most recognized artist and one of the most famous artists ever to come out of Latin America.