Why study Spanish in Chile?

Chile is the longest country in the world and features a vast range of spectacular landscapes that will surprise you! From the Atacama Desert in the north to the capital of Santiago to the Lake District and down to striking Patagonia, you will be amazed by what Chile has to offer. During your Spanish program in Chile, the culture, food and people will undoubtedly make you fall in love with the country and tempt you to extend your stay. Chile is a great destination to learn Spanish, visit some breathtaking places and get to know Chilean culture. Why not start today? 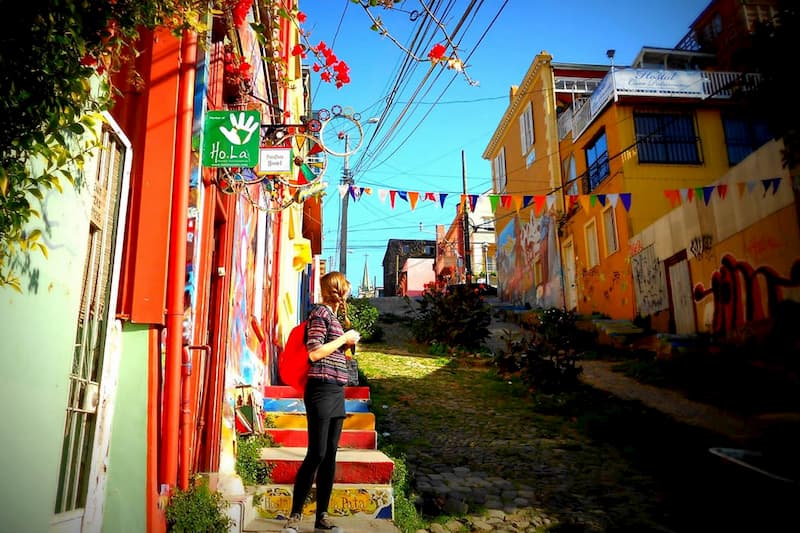 In the Atacama Desert up in the north, you will see the most beautiful salt lakes and geysers. Thanks to the crystal clear skies, this is a unique place for star-gazing too!

A harbour city which is known for its architecture, street art and amazing views, at only a short bus ride from Santiago.

Easter Island is one of the most isolated islands on earth, a place full of mysteries. It lies far off in the Pacific Ocean.

Many travellers consider Torres del Paine National Park to South America as an absolute highlight of the continent.

The Spanish spoken in Chile is called “Chileno”, and it is known to be sometimes difficult to understand. People in Chile speak very quickly, abbreviate words and use “chilenismos” (slang). The Chileans tend to say “po” at the end of a sentence. (“vamos po”). Another example is the word “cachai” meaning “understood” or “got it”. Thanks to your Spanish course in Chile and the help of the friendly locals, you will talk like a Chilean in no time! 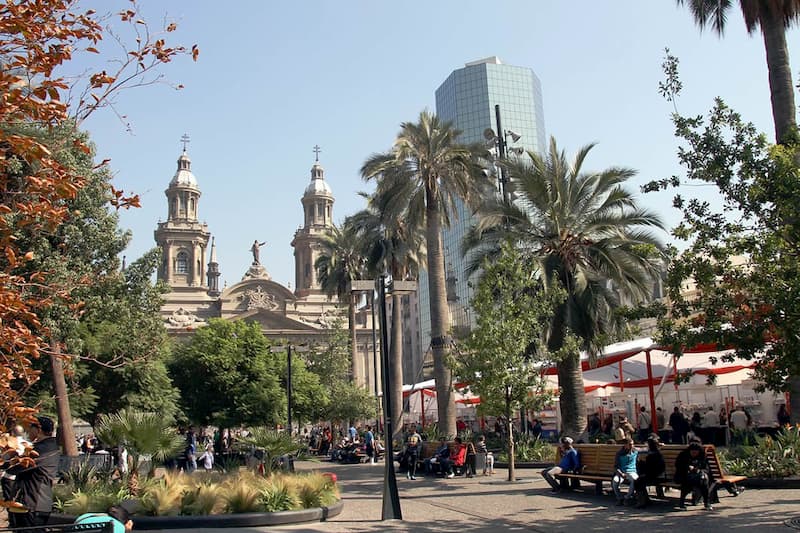 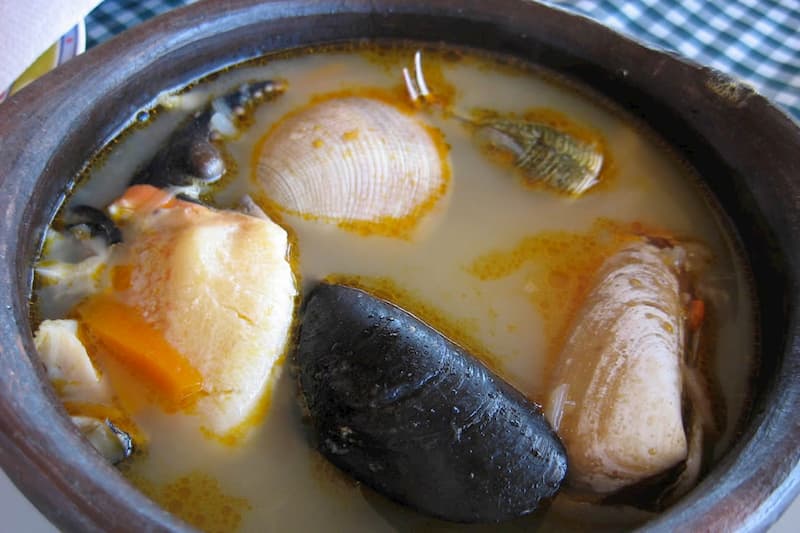 Food and drink from Chile

Chilean cuisine differs from region to region as native and European influences become more or less prominent. Some typical dishes include “pastel de choclo” (corn cake), “empanada de pino” (beef empanada) and “porotos granados” (squash and bean stew). An alcoholic drink that people love to drink in Chile is ‘pisco’ with Coca-Cola (“piscola”). And of course, there is the Chilean wine, which is nowadays considered to be among the best wines of the world. Another drink that is very popular in Chile is ‘mate’, which is a caffeine-infused tea. While learning Spanish in Chile, you will have the possibility to try all these delicious dishes! Normally the day starts with a light breakfast with bread and coffee. Lunch, the most important meal of the day, consists of a starter and a main dish which oftentimes consists of meat and vegetables. Dinner is usually light and occurs well into the night at around 10 p.m.

The currency in Chile is the Chilean Peso. The exchange rate is 658.398 pesos per US dollar (2019). It is best not to exchange your money in Chile on the streets as you might get scammed. It is best to go to an ATM and get Chilean pesos. It is easy to find ATMs to get money in Chile but pay attention to which option you chose. To get money out of the ATM you have to choose the foreign clients button. Otherwise, no money will come out. Tip: go early. After 4 pm some ATMs don’t have money anymore!

Since Chile is such a long country with a length of more than 4,000 km from north to south, the weather differs in each region. The summer season extends from December while winter goes from June until August. It depends on the region what kind of weather in Chile you will experience. The north of Chile is characterised by desert with almost no rain and cold temperatures during the night. In the central region, there is more of a Mediterranean climate with warm summers and rainy winters that are not that cold. As you travel further south it gets colder, it rains, and it can snow.

Deciding on what to bring with you to Chile can be quite difficult since Chile has many different climates. To be well prepared it is best to try and choose your clothes according to the time of the year and the region you plan to visit. If you will stay for a long time and visit several regions, you maybe will have to bring more. And remember that you can buy a lot of these items in Chile too.

People from Chile are roughly 80% mestizo - a mix of native and European descent. Aside from Spanish, there have also been English, German and French influences. There are still relatively large populations of natives like the Mapuches in the south and the Aymaras in the north. A large part of the population is Catholic which played and continues to play, a large role in the still rather conservative nature of the country. Chileans are usually very friendly and welcoming and will greet you with either a handshake, a hug or a kiss on the cheek. It is normal to stand close to each other while talking and look at each other directly in the eye. People from Chile are to known to like to joke around and to be all around fun-loving! 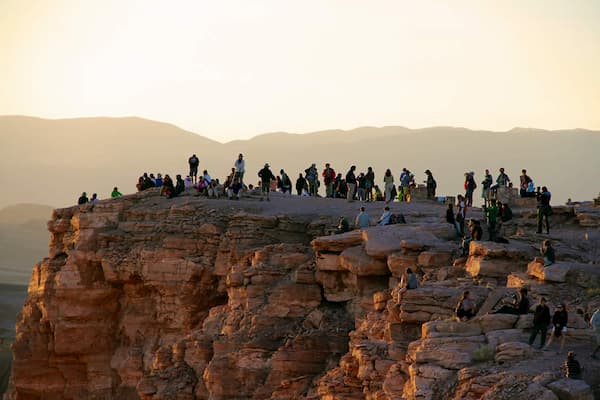 Chile is the longest country in the world that extends more than 4000km! It is also very thin with its widest point extending only 240 km. Chile shares borders with Peru, Bolivia and Argentina and the South Pacific Ocean on the Westside. Easter Island and the island Sala y Gomez out in the Pacific function as part of Chilean territory. Going from north to south each region is different, meaning that the geography of Chile is very interesting. Starting in the north, the Atacama Desert is one of the aridest regions in the world! Moving towards the centre and the Andes Mountains you will see more lush vegetation until the high mountains encompass what is left of the eastern edge of Chile. Going more to the south there are more lakes, and most of the volcanoes are situated here. The most southern part of Chile is characterised by islands, fjords, rivers, lakes, glaciers and, consequently, it can be difficult to get there! As you can see Chile offers different views and landscapes, from the desert in the north to Antarctica in the south. 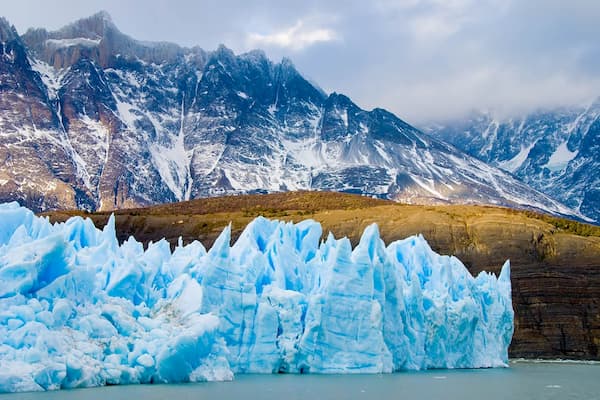 The nature in Chile offers a different experience depending on each region. Each part of the country offers breathtaking views. In the north, there are the salt flats and the Andes Mountains while lakes, rivers, volcanoes, ice fields and beautiful Patagonia are situated in the south. Flora and fauna will leave a great impression on you. Animals such as alpacas, vicuñas, penguins, deer and other different animals can be easily seen. The transition from the north to the south is amazing and unforgettable! 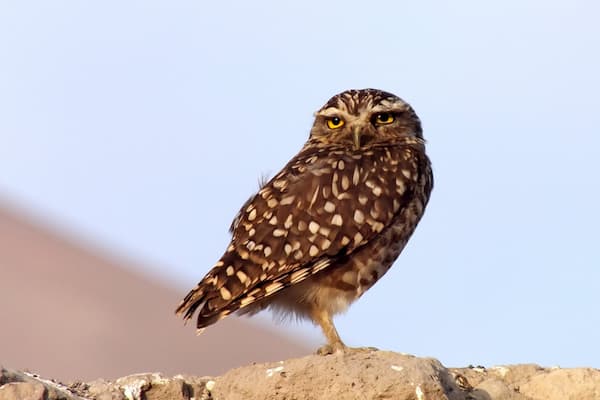 Before Spanish colonisation, different indigenous groups lived throughout Chile. Chincorros, Atacameños, Diaguitas and Changos lived mostly in the northern part of the country until it fell under the rule of the Inca Empire. The Mapuches, the biggest group to date in the region still live in the south and have thus far largely resisted western influence. Indigenous groups avoided Spanish colonisation when it began in 1536 making it impossible for the Spanish to colonise the whole territory. Chile gained its independence from Spain in 1818 with Bernardo O’Higgins as a leader. In 1970 Salvador Allende was the first socialist president elected in Chile’s history. Three years later a military coup led by Augusto Pinochet brought an end to this. The years that followed were characterised by repression and military rule. No opposition was allowed, and political opponents were tortured or “disappeared”. The referendum of 1988 ended the military rule of the dictator Augusto Pinochet. Patricio Aylwin was elected as president in 1990 which began the recovery process for Chile. Michelle Bachelet is the first female president elected. 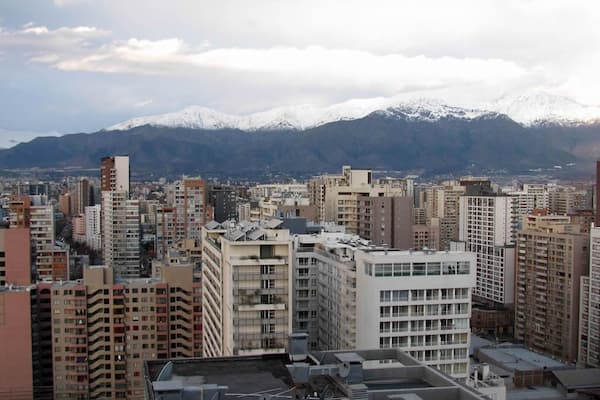 As in most countries of Latin America, the population of Chile consists of a cultural mix of native and European descent. A large part of the population is of Spanish descent. The indigenous groups (natives) are only a small part of the population with the biggest two groups, the Mapuches and Aymaras, situated in southern and northern Chile, respectively. Most of the population lives in the centre in cities like Santiago and Valparaiso. The northern and the southern part of Chile are less populated. While the economy of Chile is doing well, it continues to have an extremely high rate of income inequality. 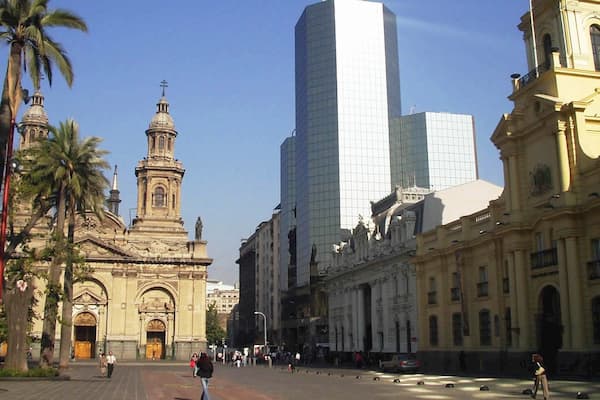 Spanish and native influences characterize Chilean culture. This can be seen in the art, dance, music and literature. Some famous poets include Pablo Neruda and Gabriela Mistral, both of them have won the Nobel Prize of literature for their work. Another famous writer is Isabelle Allende who in her work also addressed the past political situation in Chile. The national dance of Chile is the “Cueca” which essentially is a portrayal of a man pursuing a woman. On Independence Day people are used to dance the “Cueca”. Other traditional dances are the “Cueca nortina”, “Cachimbo” or the dances of the Mapuches. The dances can differ in each region. Music in Chile includes cumbia, pop, electronic or traditional folk music. Popular singers and groups from traditional folk music include Violeta Para, Victor Jara, Inti-Ilimani and Quilapayun. 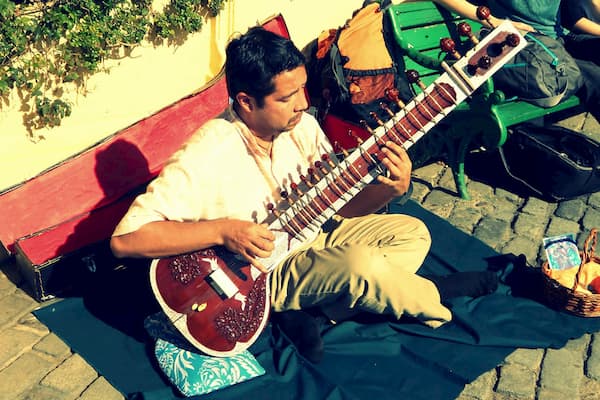