Why study Spanish in Argentina?

Argentina, often called the Europe of South America, offers you a variety of natural beauty, fascinating cities and a rich culture. The cosmopolitan Argentine capital Buenos Aires, the stunning landscapes of Patagonia and the famous waterfalls of Iguazu are only a few of Argentina’s not-to-be-missed gems. Our Spanish schools in Argentina offer a great combination of studying the Spanish language while exploring the country and the culture. The diverse opportunities for excursions and the warmth of the local people make this country an ideal place to study Spanish! There are no limits when it comes to seeing how this country will romance you with its food, nature, art, and getaway adventures. So, what are you waiting for? 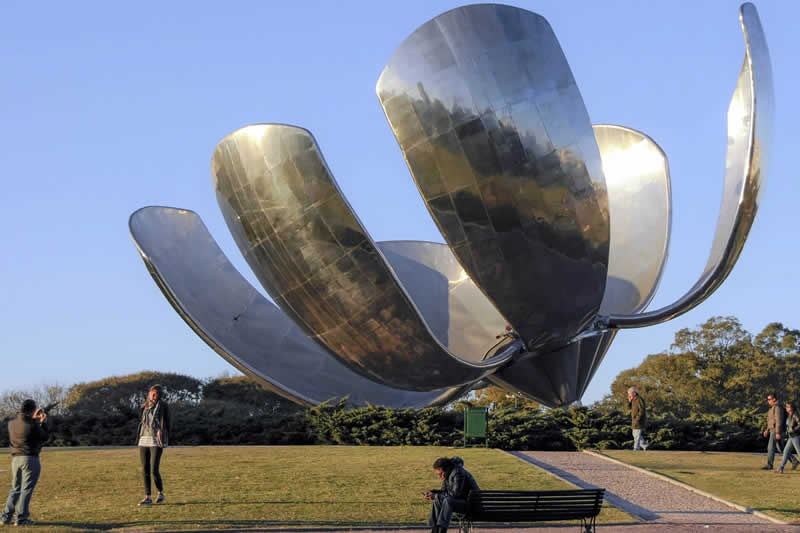 The city of Mendoza, “the land of sun and good wine” is an excellent location to visit beautiful vineyards, go horseback riding or biking

Salta (nicknamed: ‘La Linda’ or ‘the beauty’) and the surroundings will surprise you with breath-taking nature and local culture.

Up in the north, the monstrous Iguazu Waterfalls will blow you off your feet. Reserve two or three days to visit this unique highlight.

The Spanish language in Argentina

The Spanish spoken in Argentina is characterised by the Rioplatense dialect and has strongly influenced by the Italian language. The millions of Italian immigrants created their own “Spanish” sound which was turned into a new language. An important characteristic of the typical “Argentine sound” is the “sh” sound for “y” and “ll”, and the Italian “rhythm” noticeable in the way of speaking. “Voseo” (the use of ‘vos’ instead of ‘’tú’), is commonly used in Argentina. Learning Spanish in Argentina is a lot of fun and never boring, as the language is loaded with Argentine slang! “Qué te pasa, che?” 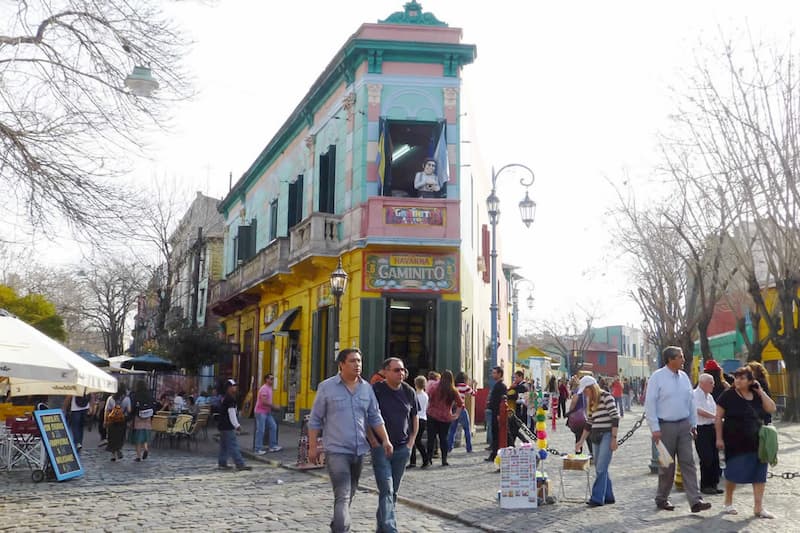 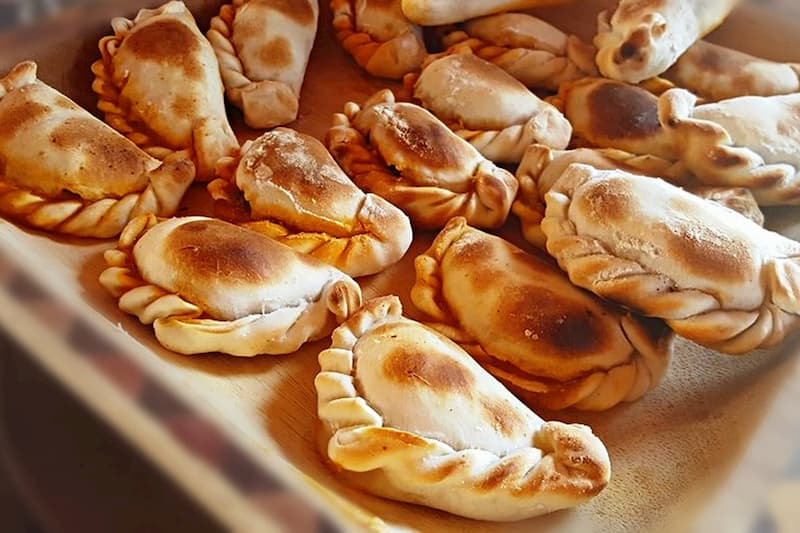 Food and drinks from Argentina

The typical Argentine drink, ‘mate’, is a caffeine-infused tea. Drinking mate with friends or family is a very important tradition here – be sure to try it during your Spanish program in Argentina! Typical Argentine snacks include ‘alfajor’ (a duo-cookie with dulce de leche), ‘medialuna’ (a small, sweet croissant) and ‘empanada’ (stuffed bread with meat, chicken, or cheese). Argentina's national cuisine is a fusion of Spanish, indigenous and Italian traditions. Meat is commonly known as the primary Argentinean dish, especially beef. The Argentinean barbecue is called ‘asado’: beef grilled on an open fire pit. Lunchtime in Argentina is between 12 and 3, while dinner is usually eaten at around 9:00 or 10 pm.

The currency of Argentina is the Argentine peso ($). The exchange rate is 38 pesos per US dollar (2019). Having cash Dollars or Euros with you is advantageous. Avoid changing money at the airport as the rates are unfavourable. We don’t recommend you use the services of the people on the streets offering money exchange. The best option for exchanging money in Argentina is at a bank or Currency Exchange Bureau. There are ATMs all over Argentina, and you can withdraw money with debit/credit cards, but there are some restrictions. Be sure always to carry some cash and especially enough small change with you. Credit Cards can be used but are not accepted everywhere; overall, Visa is the most widely accepted (be aware of the surcharge).

Argentina has a fairly temperate climate, although Buenos Aires is more humid than the rest of the country. Patagonia is known for being chilly. The best time to visit Argentina depends on where you will be travelling. For Buenos Aires and surroundings (also called the Pampas or lowlands), any time of the year is good, although the summer months (January and February) can get warm. For Northern Argentina, the weather is mild and enjoyable in the winter time while skiing and other winter sports are best in Patagonia in the winter. Those interested in hiking in Patagonia should go during the Argentine summer months; this is also a good time to visit the far south and Tierra del Fuego.

Argentina is such a diverse country that it is quite a challenge to prepare the perfect travel bag. Try and choose your clothes according to the time of the year and the region you visit. Are you only planning a Spanish course in Buenos Aires, or will you visit Patagonia as well? If you plan to stay for a long time and visit several regions, it will be hard to pack light. Remember that you can buy lots of items in Argentina too.

Being a multiethnic society, Argentina is a true melting pot of different ethnic backgrounds. Most Argentines are of European descent; up to 60% of the total population, have Italian ancestry. Culturally and emotionally, Argentines often seem more European than other Latin Americans. Argentinean people are known to be warm, relaxed, loud and open. Being unreserved and passionate, Argentines normally greet others with a kiss on the cheek, even a total stranger! It is also normal to touch each other when speaking and to look at each other directly in the eye. Argentines are very fashionable and stylish – so be sure to dress up when you are invited to a party when in Argentina. 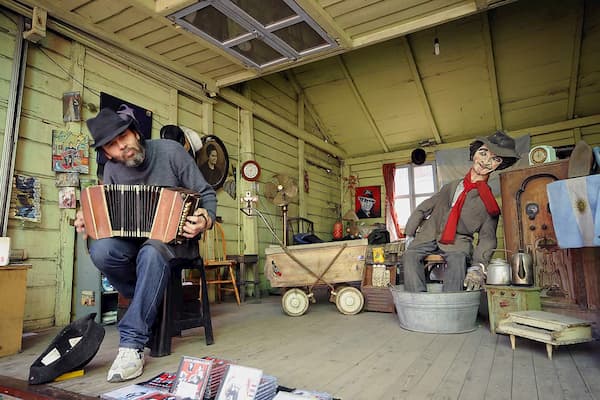 Argentina is the second largest country of South America, following Brazil. To the west, Argentina borders with Chile; to the north with Bolivia, Paraguay and Brazil and to the east with Uruguay. The country is triangularly shaped and 3700km in length from the north down to the southern island of Tierra del Fuego. The country can be divided into three parts: the Andes mountain range along the western border with Chile, the Pampas in the central part of Argentina, and Patagonia in the south. In Argentina, you will find waterfalls and glaciers; the Andes mountains and the tropics; salt flats and the famous lake region. Therefore a trip through Argentina is like travelling through several countries! 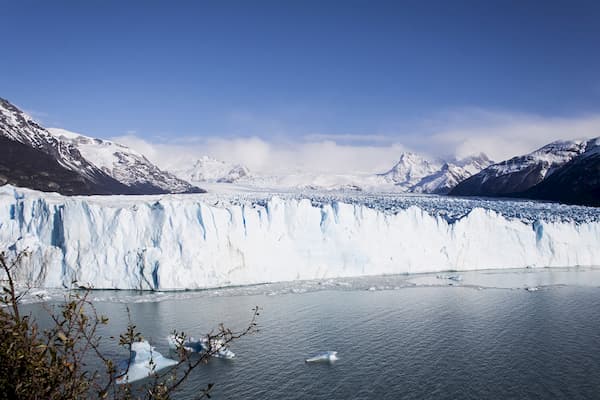 Argentina is a huge country with different climates, ensuring incredible natural diversity. Each part of the country offers a different ecosystem and an amazing variety of flora and fauna. The Gran Chaco, in the north of Argentina, has a subtropical climate, with many forests, wetlands, and savannas. Animals found here include jaguars, deer and tapirs. The Parana Plateau is the wettest region of Argentina and features a dense forest cover. The renowned Iguazu Falls are found in this region. The Pampa is a vast expanse of natural grasslands with many herbivores and predators such as guinea pigs, pumas and wolfs. Patagonia, in the deep south, has some of the most dramatic landscapes on earth. There are many birds and many marine animals such as whales, penguins, orcas and elephant seals. 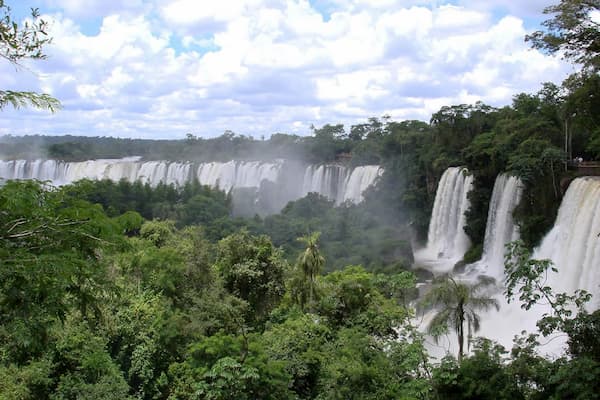 Before the European arrival, two main indigenous groups existed in Argentina: the Diaguita and the Guarani. The native peoples managed to carry on a prolonged campaign against colonisation and rule by the Spanish, but eventually, in the late 16th century, Buenos Aires was securely established. The colony managed to defend itself from foreign attacks without any assistance from Spain. This has possibly helped to foster the region's growing sense of self-belief, eventually resulting in their independence from Spain in 1810. At the end of the 19th century, many immigrants came to Argentina, mainly from Spain and Italy, and Argentina subsequently became one of the most prosperous societies in the world. Juan Peron, who came to power in 1946, became one of the most important people in the country's history. In 1976, shortly after Peron´s death and as the country was falling into chaos, the military took power ultimately resulting in a period of violence and brutal military dictatorship. In the 1980s the country moved toward democracy. In 2007, Cristina Kirchner became the first elected female president of Argentina. 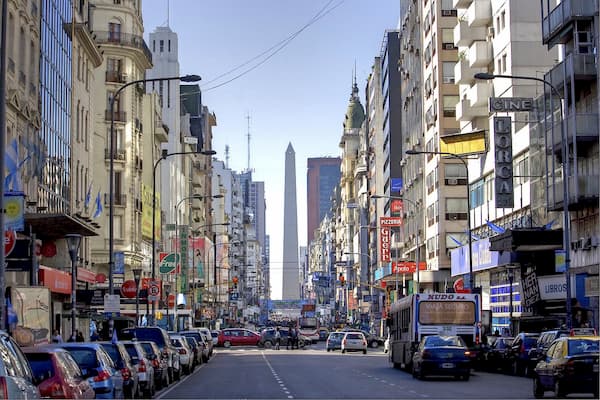 Argentines are a fusion of different ethnic groups. Many inhabitants are descendants of Spanish and Italian immigrants. The indigenous population, estimated at 700,000, consists primarily of the Quechua in the northwest and the Mapuche in Patagonia. More than one-third of the country's inhabitants live in Buenos Aires, while roughly 90 per cent of the population resides in cities or towns. Although Argentines enjoy comparatively high standards of living, the economic crisis left almost half of the population living below the poverty line as of 2004. Argentina's population is mainly Roman Catholic, but it also has the largest Jewish population in Latin America. Furthermore, it is home to one of the largest Islamic mosques in Latin America. 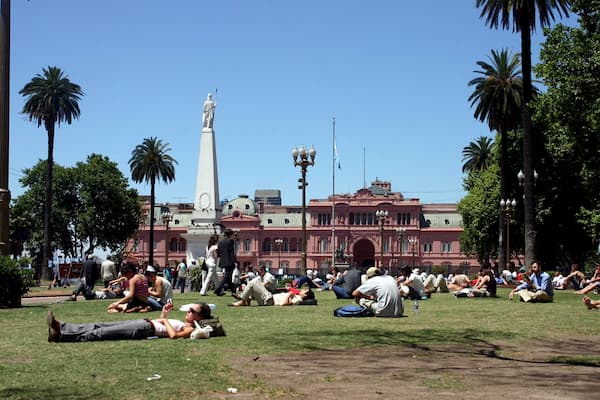 Argentina's culture is a mix of indigenous tradition with strong European influences. The country's turbulent past has contributed to a passionate expression through literature, cinema, art, music and dance. Culture and the arts in Argentina go hand in hand; the arts are an excellent way to get to know the rich culture of the country. The enormous amount of museums and art galleries in Argentina offer a wonderful way to inform visitors about the country’s fascinating culture, its history, and its people. The music of Argentina is of course known primarily for the Tango. However, rock, pop, folk and classical music are also very popular. Throughout history, the country has produced some amazing musicians and artists, with Mercedes Sosa being one of the most popular artists of Latin America. 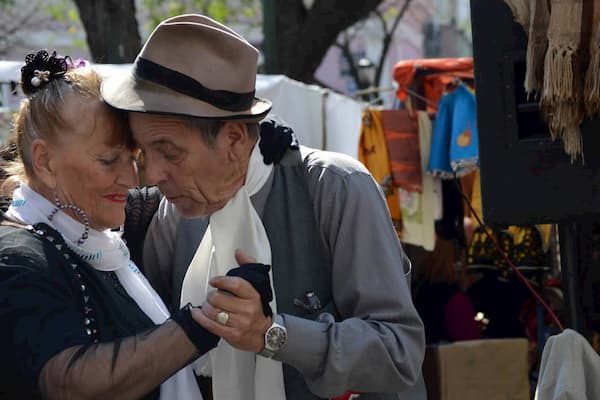