Why Study Spanish in Panama?

Panama is one of the smallest countries in the Americas but one of the richest in terms of biodiversity: it is home to the largest rainforest outside of the Amazon Basin! It is also called the “Crossroads of the World” due to its position joining North and South America.

Panama is an international business centre, known by the eponymously named canal, the Panama Channel, considered one of the wonders of the modern world. In spite of its international appeal, incredible natural beauty, modern infrastructure, and year-round warm weather, a relatively small amount of tourists come to Panama. We highly recommend Panama for your Spanish abroad program: discover this little, yet fascinating country for yourself! 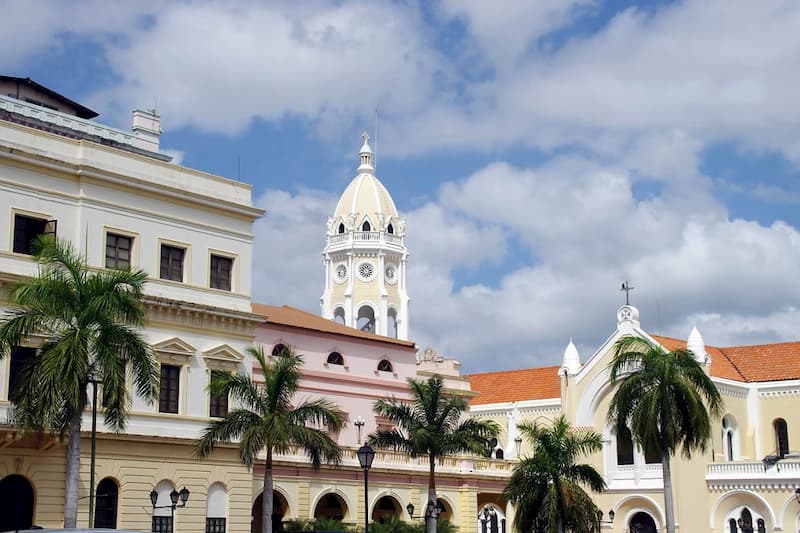 In Chiriquí you can explore the gorgeous mountain rainforests and Volcan Barú National Park.

Charming town Boquete has a scenic location and is popular with Panamanians as well as with Spanish students and travellers from all over the world.

A lively Caribbean-like town loved by locals and visitors, with pristine beaches and great scuba diving.

The swampland and forest of Darien

Visit the colonial city of Colon and the lush rainforest of Darien, to see some of the most spectacular birds in the world.

Different linguistic influences characterize Panamanian Spanish. In general, the Spanish spoken in Panama can be described as “Caribbean Spanish”, similar to the Spanish in Cuba and coastal Colombia. Significant US presence from the construction and administration of the Panama Canal until 1999 has helped to somewhat “anglicise” Panamanian Spanish. As such, in Panama you do not “ir de compras”, but rather you go “chopear” (go shopping). Nor will you go to a “centro commercial” but rather a “moll” (mall).

Despite this interesting phenomenon, Panamanian Spanish is relatively easy to understand, and Panama a great place to study Spanish abroad! 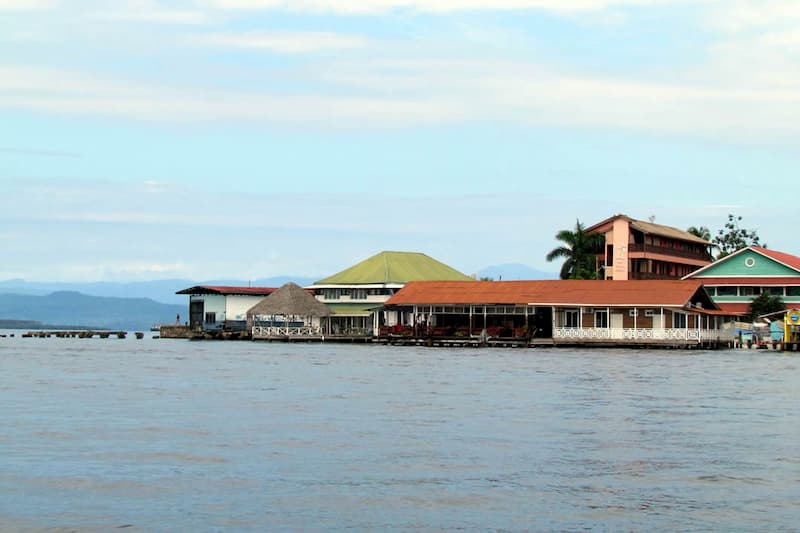 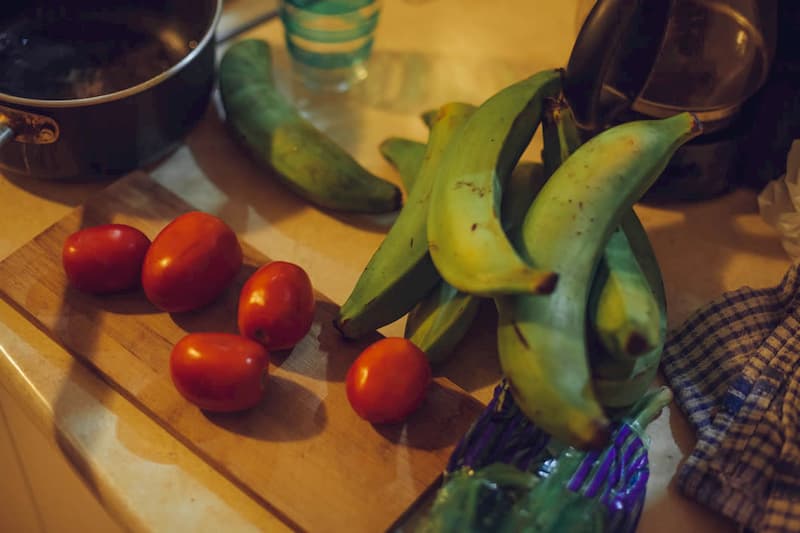 Food and Drink in Panama

Panamanian cuisine, similar to those of several Latin American countries, is centred about that famous mixture of rice, beans and a serving of steak, pork or chicken. While there is not a wide variety of vegetables, travellers can count on either yucca, a root vegetable that is deep-fried and tastes similar to French fries, or one of two types of plantain. Living with a local host family during your Spanish classes in Panama, you will surely eat sweet Platanos maduros (ripe plantains) as well as patacones (green plantains), which are delicious with a nice salsa. As Panama sits on an isthmus surrounded by the Caribbean and the Pacific Ocean, there is no shortage of delicious seafood. Distilled from sugarcane, and often mixed with milk, seco is Panama´s national drink. Beer is also widely consumed, especially local beers such as Balboa and Atlas. Last but not least, Panama has some of the best tropical fruit juices in the world!

Panama has a dollarized economy and, as such, uses US dollars as legal tender. The official currency of the country is the Balboa which is fixed at the same rate as the American dollar. The country´s paper currency is the US dollar while coins continue to be minted by the government and are very similar in appearance and size to those of the US.

It is essential to bring enough cash with you when travelling through Panama as credit cards do not always work, especially when not at upscale establishments and tourist agencies. While there is an abundance of ATMs throughout most of the country, there are some remote, and sometimes very beautiful places in Panama that unsurprisingly feature no cash machines. It is thus crucial to always be aware of the need for cash and to plan accordingly.

Panama has a tropical maritime climate, so it is extremely warm and humid year round. Temperatures range between 25 °C (75.2 °F) during the early morning hours and 33 °C (91.4 °F) around midday when temperatures reach their peak. There is no real summer and winter in terms of drastic temperature changes, but there are two distinct seasons in Panama: the rainy season and the dry season. The rainy season lasts from May until December and is characterized by short bursts of heavy rain that last no more than an hour or two each day. The dry season lasts from January until April and, while a thunderstorm comes by every now and again, it won’t rain a lot. It is a little bit warmer this time of year, but it is not as humid, which means it is an excellent period for your Spanish course in Panama.

When travelling to Panama, one thing is for sure: bring clothes for warm weather! Panama has a tropical climate and is hot and sunny. Short pants and short-sleeved shirts are essential, even more, when travelling during the dry season. In the rainy the season it is important to bring the same things plus a few pieces of clothing for battling the rain. Nights in Panama drop to about 19 °C (66.2 °F), so it is wise to pack light jackets and some long pants for your trip. Don’t forget your sunscreen, sunglasses and insect repellent and, as we said before, cash dollars. With all of that, you can sit back, relax and enjoy a Balboa while you explore all that Panama has to offer!

One hundred years ago the population of Panama was just over 300,000; today, it is over 4 million. It is safe to say that Panama´s population is booming and it will be interesting to see how the demographics progress given that 30% of the population is under 14 and just 6% of Panamanians are over 65. About two-thirds of Panama´s multiethnic inhabitants live in major cities or suburbs, especially in the Panama City-Colon metropolitan corridor. Much of the wealth of the country also maintains its presence in this area in the hands of very affluent families of Spanish ancestry.

If you plan to learn Spanish in Panama, it is good to “go with the flow” as Panamanians are very relaxed people. They are also known to be very friendly and talkative, and they love to share their culture with foreigners, so it is a great place to practice your Spanish and get to know the local customs! 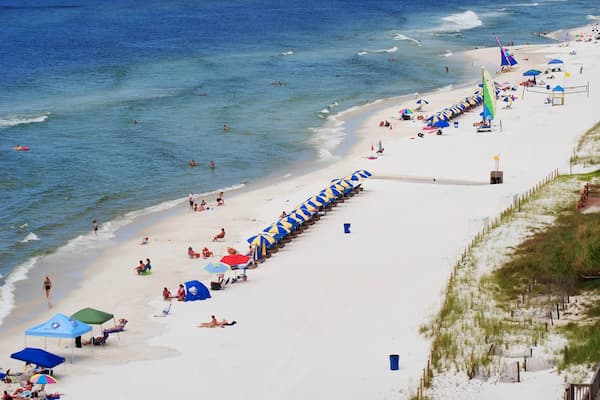 A shade smaller than the US state of South Carolina with a population of just over 4 million, Panama is the narrowest and southernmost country in Central America. It borders Costa Rica to the north-west, Colombia to the south-east, the Caribbean Sea to the north and the Pacific Ocean to the south. Lowlands cover around 70% of Panama, and the majority of the country´s population resides in these areas. The remaining 30% of Panama consists of highlands, notably the Central Mountain Range which runs down the middle of the country. Over one thousand islands also comprise part of the country, among them the beautiful San Blas Islands and Bocas Del Toro. The easternmost part of Panama is covered in dense rainforest and is home to some of the world´s rarest species. 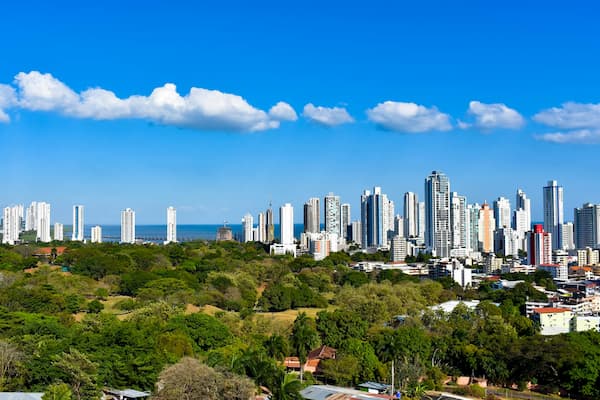 Nearly three million years ago, the natural land bridge known as the Isthmus of Panama formed between North and South America. As a result, Panama benefits from being the home to species endemic to both continents. With more bird species than North America and Europe combined, Panama is as a haven for bird-watchers. The strikingly beautiful quetzal and the harpy eagle, one of the most powerful birds of prey in the world, are just some of the creatures on display in Panama.

Whale-watching is a popular activity between June and November when humpback and sperm whales breed along the Pacific coast. Panama is a “megadiverse” country due to its abundance of biodiversity and, despite the rapid industrialisation of the country, the government is working to conserve this biodiversity. Nearly one-quarter of the country is protected under the law in one of the 14 national parks including, Soberanía National Park and Volcán Barú National Park.

Before the arrival of the Spaniards, different indigenous groups lived in Panama, among them the Cueva and Chibchan peoples. Their populations substantially decreased with the arrival of Europeans. Years later, in 1513, Vasco de Balboa was the first person to lead an expedition from the New World to the Pacific when he crossed the Isthmus of Panama. This trip demonstrated a viable crossing point from the Atlantic to the Pacific and thus turned Panama into a major trading destination.

Separating from Spanish rule hundreds of years later, Panama subsequently entered a period of being ruled by newfound sovereign states and governments in the region. Panama eventually separated from Colombian rule in 1903. The next year, the US Government and its Army Corps of Engineers began work on the Panama Canal. A powerful oligarchy then ruled the country until 1968. From 1981 until 1989 Manuel Noriega, a frequent informant and collaborator with the US Government ruled as a military dictator. In 1999 Mireya Moscoso became the first female president of Panama and the Panama Canal was handed over to Panama. Today Panama is a rapidly developing country. 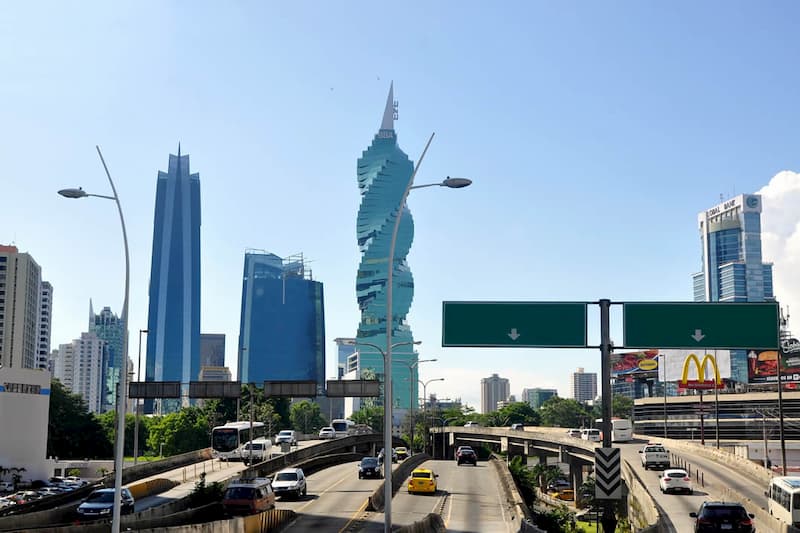 Panama´s kaleidoscopic history includes the Spanish conquest and substantial immigration (voluntary and involuntary) to generate the country´s infrastructure – like the canal and railroad system. This has created a rich mixture of ethnicities. A fairly prosperous native population and an African and West Indies diaspora, brought during the slave trade, further enrich the melting pot of ethnicities in Panama.

Official estimates describe two-thirds of Panamanians as being ethnically mestizo (Amerindian and Caucasian), 10% as Amerindian, 10% of Afro-Panamanian and the remaining population to be predominantly of Caucasian or a mixture of Caucasian and African descent. Much like Colombia, social and economic stratification depend greatly on ethnicity as access to resources and power exist primarily in the hands of those of Caucasian descent. 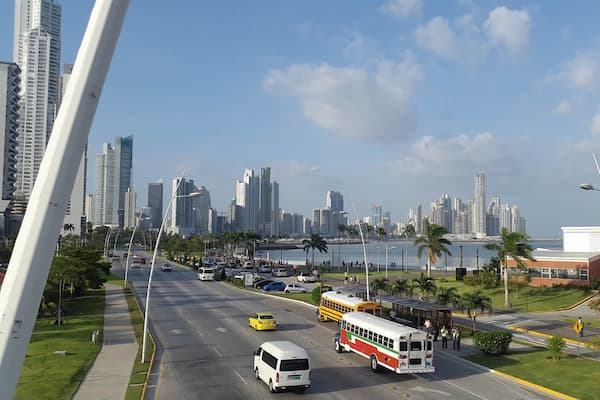 Known affectionately as the heartland of Panama, the Azuero Peninsula has been the epicentre of the music and arts scene in Panama. Tamborito, meaning “little drum” in Spanish, originated in this part of Panama and is the national folk song and dance of Panama. It is reminiscent of a courting dance and is typically interactive as the crowd claps and dances around the principal performers. Reggaeton is extremely popular in Panama (some believe it originated here!) and so is salsa and particularly the world-famous salsa singer and actor Ruben Blades.

Several Panamanian painters have exhibited their works around the world and the craftsmanship from particular native tribes, notably the blouses of the Guna people and the handwoven baskets of the Embara-Wounaan tribe, is world-renowned. 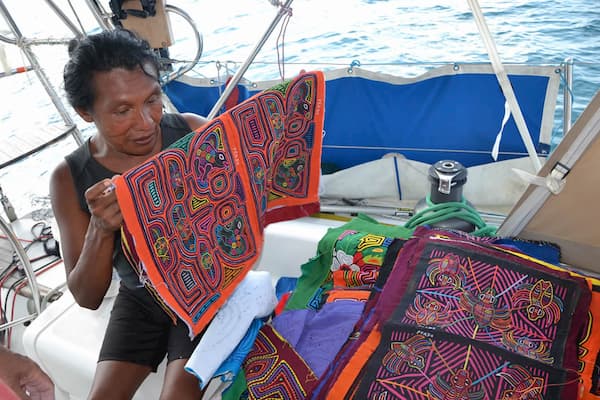