Learn Spanish with skulls and skeletons: Day of the Dead

Learn Spanish in Latin America in October and November is a unique experience you will not easily forget. You will live and experience one of the most important cultural events of the Latin American culture: el Día de los Muertos. Especially in Mexico but also in Guatemala and Peru, the streets will be full of magic and images of smiling ‘skulls’. The locals will prepare lovely food and music and take it to the cemeteries.

Día de los Muertos or Day of the Dead is a two-day holiday that occurs November 1st and 2nd. It is celebrated across Latin America but originated in Mexico. Therefore it is most strongly associated in the Mexican culture. For many Latinos this sacred time is when the borders between the spiritual and the real world disappear, bringing together the two communities for a short period to enjoy each other’s company. For a few cherished moments, the dead and the living are close enough to touch. 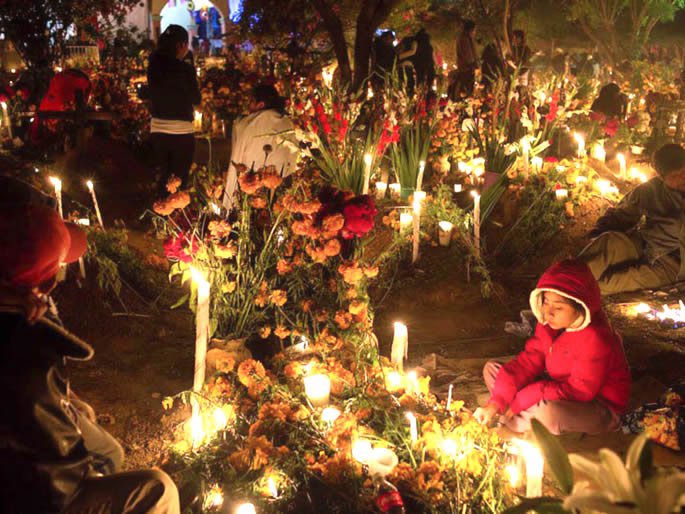 Calaveras or Calacas (typical Mexican expression for skulls or skeletons) are ever-present symbols during the celebrations of the dead. Calaveras and calacas are always portrayed as ecstatic, happy, and you will see them anywhere around you, especially in Mexico. Catrinas are also very popular. Catrinas are classy skeletal women. The purpose of Catrinas is to bring an elegant dimension to Dia de Los Muertos.
All these characters reflect the general attitude Latinos have toward death during this time: a natural part of the human experience and something to reflect on with celebration; a view that is unique and usually counter-cultural in many western traditions.

In cemeteries, adult graves are decorated with orange marigolds and children’s graves with white orchids. People typically leave ofrendas, or things that their loved ones enjoyed during their life on earth. Altars are  created with photographs of loved ones.

Latinamericans believe that the spirits of the children arrive first before the adults because the children are quicker on their feet. The first day, November 1st, is thus called Dia de los Angelitos (Day of the little angels). The adults arrive the next day. Musicians play as relatives place some of these favourite things for the deceased to enjoy in their journey.

Learn Spanish with skulls and skeletons: Day of the Dead. 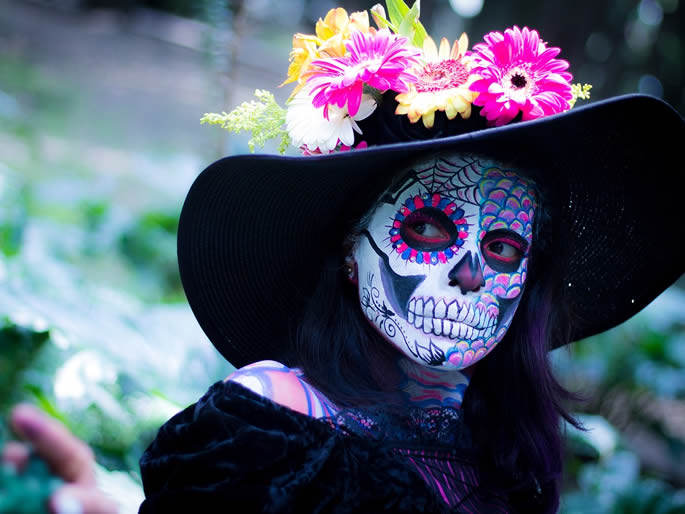 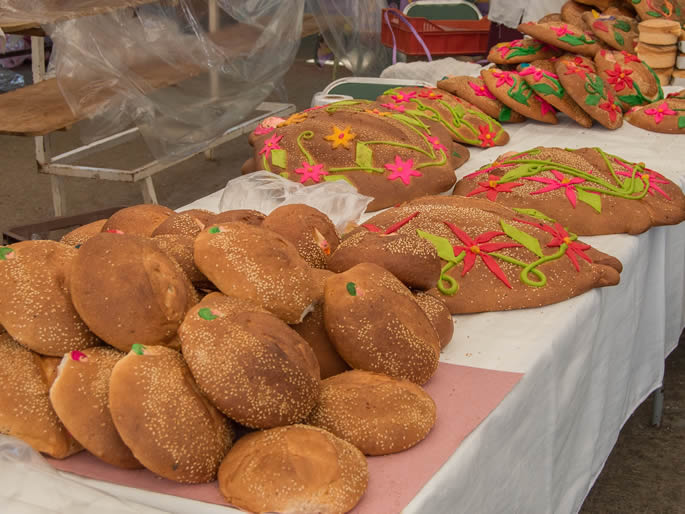 Is Day of the Dead the Latin American Halloween?